Summer reading is supposed to be fun and light, to enhance the enjoyment of sun and leisure. On the other hand, what better time to dive into something heavy than when there’s extra reading time? It was summer the year I read Atlas Shrugged (tiny print, 1100 pages). I’ve tackled The Lord of the Rings trilogy in summer (and other times). This summer I just finished a re-read, after several decades, of Adam Bede by George Eliot. 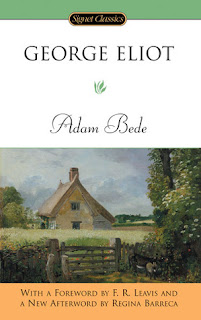