We Need Some Mr. Smiths in Washington

Rumors started this morning about how things are going on the budget debates. (Please note that when you can only get info by leaked rumor, that does not indicate the most transparent administration in history.) I don’t know what is really happening in . What I fear is that those who are in have a skewed view of what thinks. And would think even clearer if liberal newsspeakers were not their main sources of information.


Let’s just reiterate a few facts: $14.3 Trillion is a ghastly amount. (If you want some perspective on how big, read my July 11th post here.) It doesn’t need to be higher. A spending cap means (self-evidently) you can’t spend above this amount. It’s like a credit limit on a credit card. If you hit the limit, your purchase is denied. That might be really inconvenient if you’re using it to pay tuition on the day it’s due, or possibly to pay the doctor who just delivered your baby. But it didn’t likely get to the limit with that one urgent purchase; it got there by mounting discretionary purchases: that handbag that went with the shoes, the lunch that impressed your friends, that little weekend trip to the coast, a last-minute anniversary gift to prevent the discovery that you had temporarily forgotten, etc.
What is the solution to the credit card company’s refusal to increase your limit? Spend less. This will require prioritizing. You will pay for food (budget food now, not gourmet), shelter, and essentials such as transportation and current debt payments. But no vacations, no extras. No new clothes, since you already can get by from day to day. Entertainment might have to be a walk in the park or re-watching a video you already own. You know how it’s done; we all do. If we still have some income, we know this isn’t pleasant, but it’s doable, and probably temporary. After we get our budget more aligned with our income, we can save up for a few special purchases. Life will go on.
Translate that to the current national situation. Is there still income? Yes, all the tax revenue being generated by current tax laws. Is it still possible to pay for the essentials of the role of government; i.e., protection, judiciary, and not much else? Sure. We might even find that, if we’ve been inefficient in any of these areas, we could even save here. But there is indeed, even in these hard times, enough to cover the basic expenses.
What we don’t have is enough to hire ever more government bureaucrats, non-fireable, at higher pay than productive private sector workers, just so government can give away more money to non-producers, in the form of entitlements. We could easily go through our recent expenses and line out a few items: PBS, for example; money for art; grants to any scientific exploration not directly related to military protection of the nation—anything non enumerated in the Constitution. That’s a long list of shoe-and-handbag purchases that can be curtailed. It’s a matter of priorities, and simply following the Constitution is a very good guide to what expenses to keep and what to spend.
And, since Medicaid and Social Security are clearly not in the Constitution, but are promises we are obligated to keep to people who no longer have the opportunity to find alternatives, we must as a priority keep those current promises while reforming the system so that there will be alternatives for those who move into the need at a later decade. No one—not a single conservative that I am aware of—thinks that reneging on promises to the current elderly and indigent should be a part of the current debate.
But President Obama, while insisting none of his favorite extra-constitutional giveaways could possibly be reduced at all, suddenly threatens the loss of medical care to fixed-income elderly, as well as already earned salary payments for working military. What he’s saying is, we will prioritize in a way that is most hurtful—and we will blame those most likely to have protected these very expenses—because we want to manipulate them into giving in to our spending. 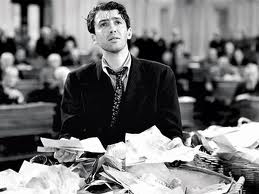 I am praying for those we have elected to stand firm. More than once this week I have thought of the Jimmy Stewart movie Mr. Smith Goes to . While he is standing strong, the lying machine is at work against him, lying about his character, lying about their motives. And he is in an information dead zone, unable to see what is happening among the people, without a way to get information to them or feedback from them, while he endures his lonely filibuster (back when they actually had to filibuster instead of just threatening to). I’m afraid our entrusted leaders will cave, because they are in that ugly dead zone, where they can only hear beltway media talk, and they don’t know we’re out here supporting them when they stand firm.
There are more media outlets now. It is hard for me to imagine that Obama can get away with what did in the 1990s. Everyone can know, just by doing a little bit of web searching, that no one but Obama would ever be responsible for starving the elderly. YouTube and Twitter and facebook and other alternative information sources would explode with refutations. We need our leaders to trust that this is not . We will tell the truth. But they must do their job, no matter how hard it seems.
In Mr. Smith’s world, the decency of his enemy was what led to the final resolution. I do not count on that with Obama or any of his followers. But there might be someone who, however misguided now, might change sides if he sees truth and justice on one side and manipulation and lying on the side he had thought was the decent side when he started out. We might get a convert, if there are any decent Democrats out there. And if not, then let the worst happen, let the truth get out, and then let the people choose a better administration so we can get to the task of putting America back together after this disaster of a president.
Posted by Spherical Model at 4:26 PM