What Makes IQ So Racist?

I read Walter Williams’ piece yesterday on education being worse than we think. Some of the comments afterward were disturbing to me. I know—never take those seriously. But I thought maybe info here would be a good antidote nevertheless.


Williams’ commentary points out that there is indeed a white/black gap in educational success. It’s safer for him to say such things than for many, since he is black. He and his friend Thomas Sowell are two of the most brilliant economists I frequently refer to, because they not only understand so much, they can explain information simply enough for all of us to use. So my personal belief is that it isn’t skin color, or evolution, that causes significant IQ deficiency for a particular race. So, if the gap actually exists (and data makes that fairly certain), then I propose there must be some cause other than race itself.
Heredity does have something to do with IQ, but not as much as you might think. Without appropriate inputs, a brain doesn’t build the complex connections necessary to qualify as high IQ. Advantageous inputs start very early. 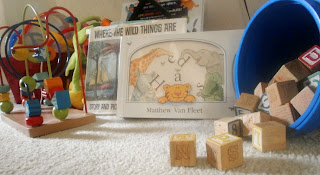 One contributor is attention from the mother. A mother who breastfeeds for at least six months (a year is better) provides some crucial inputs. She looks at her baby’s face, and the baby looks at her, focusing on her facial features—one of the first fascinations of a baby. And she provides the baby this input first on one side and then the other. This is essential. When we feed a baby with a bottle, we tend to hold the baby in the arm most comfortable to us (often based on whether we’re right or left handed). And we feed the whole bottle to the baby on that side—giving him or her only one view. The brain doesn’t develop both sides as well without the long hours of staring into each other’s eyes from both perspectives.
Babies allowed to crawl on the floor at will, rather than being upright in a walker with wheels, develop cross-patterning that organizes the brain in a way that is essential for reaching full potential. In fact, it has been shown that when older children are identified with reading difficulties such as dyslexia, if they spend time every day getting down on the floor and doing a combat crawl, they can make a year or two of reading advancement over a summer without spending any time reading.
The brain is changed by appropriate inputs, using frequency, intensity, and duration. So, it isn’t surprising that children who receive a lot of attention from their own mothers, particularly in the development years up until school age, are likely to have an IQ up to 30 points higher than a child who receives less attention, as in a non-nurturing daycare, or set for hours in front of a television. Children who get played with and read to tend to be smarter. Parents who do these behaviors tend to be better educated and value both their child and the child’s development.
So intellectually successful parents tend to produce more intellectually successful children. In itself, this isn’t racial. But it can appear to be so. Black families are much more likely to be broken, fatherless homes, with single mothers working long hours away from their children, and without money to provide care that would substitute for stay-at-home mother care.
When we add the superior results for Asian children, we might continue to think something racial is going on. Asian children often succeed educationally even when they come from poor immigrant families. But is that caused by evolutionary racial differences? Not necessarily; there are cultural differences in play.
There are differences between rice cultures and wheat cultures. Rice is an intense crop in which continual meticulous care yields larger crops—weeding, measuring the exact right amount of irrigation water. That is not so much true with wheat—even though I would never say farming of any kind is not a lot of work. But with wheat, there is a long wait between sowing time and harvest time. There may be a continual need for irrigation, but daily weeding probably doesn’t change the crop yield too much; the wheat and occasional weed can grow up together and be separated after harvest. The climate of a rice culture might allow planting year round. Wheat tends to grow in climates with a harsher winter, so there is down time.
These differences affect culture in specific ways. Rice culture people tend to work hard with the certain belief that it will pay off; and they tend to have greater perseverance than non-rice cultures. They expect hard work from their children as well, and their children actually do put in more hours on their schooling. (Anecdotal note: my daughter-in-law is from a rural farming community; much of this semi-tropical area has been dedicated to rice growing, including where our subdivision is located. She tells me that in her school, she noticed that some of the smartest kids were from rice-farming families--whatever their race.)
So, if we’re looking at why blacks tend to get a seriously inferior education, or, put another way, are much less likely to succeed educationally, what do we know is likely to help?
Giving up on an entire race is not acceptable. What will not work? More money spent per student when the above list is not met. Since what we’ve been doing doesn’t work, we have to come up with an alternative—something that doesn’t tempt teachers to illegally change test results. Everything on the list is doable within a family, without government money. Here’s something we could try: teach (and support with culture) the importance—to themselves and their posterity—of waiting until marriage to have sex, waiting beyond teenage years to get married, choosing someone to marry who shares your values and goals and then staying married to that person, and getting all you can out of a high school education and any other education you can succeed at. This is the formula for avoiding poverty in , and it’s a good start at preventing poverty and providing high IQ for your children.
If you want to know more about the brain research I mentioned here, I suggest www.NACD.org (National Association for Child Development—particularly their 7-hour audio guide for parents); The Brain That Changes Itself, by Norman Doidge; Change Your Brain, Change Your Life, by Daniel Amen; and Outliers, by Malcolm Gladwell.
Posted by Spherical Model at 10:19 AM