This is a celebration day—the 1000th post on the Spherical Model blog. 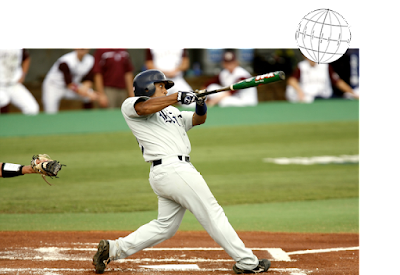 I want to thank you for coming here and reading what I have to say. Today we’ll cover a little personal history, highlights, and future planning.

Back in 2004 I was homeschooling my kids—a few years into that adventure. I don’t remember the exact context in which it came up, something related to our history lessons. But I was thinking through the idea of political directions. The usual right-left orientation assumes left is communist and the right is fascist. That leaves a balance somewhere in the middle as a desirable goal. People talk about America as center-right.

There are problems with that model. For one, the right and left designations are arbitrary, and refer originally to the seating arrangement of European parliaments. The left—or liberal—side was in favor of more voice of the people, while the right—or conservative—side was in favor of maintaining the monarchy.

I don’t know any conservatives who favor a monarchy in America. And “liberal,” which has etymological roots in freedom, has nothing to do with either communism or fascism—both totalitarian extremes.

I had a short piece by W. Cleon Skousen (author of The 5000-Year Leap) that changed the ends to tyranny as the far left extreme, and anarchy as the far right extreme, with freedom being balanced around the middle.

That makes more sense to me that the other left-right model. But I still had problems with it. It seemed to me that, if you have a society trying to escape anarchy, they would pass through the balanced freedom center long before they would reach the other tyrannical extreme. And they’d look around and say, “This is great! Let’s stay here.” But that isn’t actually very common. What happens more often is that people turn from anarchy to tyranny, directly. Trotsky and others even used that as a plan: create chaos and promise relief, thus talking people into granting more power to the tyrants.

So, as I was mulling this over. And the idea came to me that tyranny and anarchy aren’t the extremes.
They aren’t even very different. Back in 2014, I wrote a summary description. At this point in the explanation I said this:

Total government control means the state has all the power—the police, the military. The state can do what it wants, and the mere citizen is without any rights except what the state decides to grant.
Anarchy, on the other hand, means that power belongs to whoever is stronger and meaner than the next guy. If you threaten to beat people up (or kill them) if they don’t give you all their belongings, and you’re strong enough to mean it, then you have power. If someone else is stronger or better armed than you are, then you have to yield power to them.
In other words, anarchy, while less organized, is power in the hands of the strongest and best armed—just like a tyrannical government.
So maybe government tyranny and anarchic tyranny are pretty close to the same thing.
All right. So, then what is the actual opposite of tyranny? Freedom. You could use the word liberty. It means there’s just enough government—combined with a great deal of personal responsibility—to allow people to enjoy opportunities, and choices, in the use of their lives.

But what about the difference between statist tyranny and anarchy? That’s real. But it doesn’t seem to be a polar opposite difference. It’s more about who is exerting power. We could look at that side-to-side movement as a difference in interest. Is it local? Is it state (or province, depending on where you live)? Maybe a region? A nation? A group of nations? The entire globe?

That’s basically a neutral difference—unless someone tries to assert control that would be more appropriate for a more local level.

I was thinking this over, and it occurred to me that, with three dimensions, you can describe the polar opposites of tyranny and freedom while also looking at the lateral difference between one level of localization and another. You can see it on a sphere.

The first time I tried drawing this, I used a plastic Easter egg. I even wondered if that was appropriate, because so much of history ends up in the southern, tyranny zone, maybe that should be a larger end of the egg.

Eventually, though, I wanted something larger to show this on, so I painted an old globe all white, and made a way to attach lines on it to delineate an equator and some longitudinal lines. This is what I used when I finally made a video of the explanation.

I think the concept is easiest to see and understand in the political sphere, which I’ve just described. But the same spherical idea can work for economics—with polar opposites of poverty in the south and prosperity in the north. For a while I called these poles controlled economy and free market economy, which accurately describes the differences, but I now prefer describing the different outcomes rather than the rules for getting those outcomes.

Additionally, there’s a social sphere, with polar opposites of savagery in the south and civilization in the north.

The neutral side-to-side movement from local to larger interest works for all three spheres. And, on many issues, you can see how the political, economic, and social spheres interrelate. The Spherical Model makes it easier to show that. A person might believe they can be a fiscal conservative while being a social liberal; but, if they do, they’re really ignoring some basic truths.

This three-dimensional model is slightly more complex than a simple left-right model. But it’s a lot more accurate, and solves so many confusions—particularly related to associating conservatism (as in conserving the US Constitution) with fascism, or anarchic resistance to any government. When you look at the sphere, you can see that fascism and anarchy are both very south, just with different levels of control: anarchy is likely to be local, while fascism is likely to involve a national government. Those are both very far away from the freedom ideas of the Constitution, which are brilliantly designed to protect life, liberty, and property with a very limited government.

I wrote the first description of the Spherical Model in 2004, just for my kids, and eventually some other homeschool teens. In 2010, my daughter started classes at the community college, shortly before she turned 16, and a parent was required to be on campus with her. So I carried my computer along and set up a writing station in the library while she was in class. And that’s where I wrote much of the material that shows up on the website. I got the website up in November of that year, and the following March started this blog.

As with many important ideas, the person who thinks it up feels more like it came through them than from them. The Aha! moment I had when I got this idea still strikes me as a gift from God, providing me understanding that I appreciate, and that I feel obligated to share.

I have a long-term intention of writing a book. Certainly a thousand posts, on top of the website, would indicate there’s enough material. But it’s a matter of choosing what to say, in what order, in the best way to share these ideas for the audience most likely to benefit.

I haven’t yet figured out how to finish a book. After that I’ll need to look at how to get it published, and marketed, so it gets into the hands of people that can use it. I’m slower than I would like. I’m amazed at people with very busy jobs who nevertheless regularly put out books. But, if God gave this to me, He knows my limitations. So I’ll trust Him to get me to a finish line in His own due time.

For readers, if you want to understand the Spherical Model concept enough to use it for organizing your own thoughts, and to share it, I suggest (again) the following:

·         The Spherical Model website. There’s an intro, then a section for each sphere: political, economic, and social; the social sphere divides Civilization into two sections.