More of the Best


It’s a celebration day here at Spherical Model. Today is the fourth anniversary of the first Spherical Model blog post (3-4-2011). And it coincides with the 600th post. I didn’t brilliantly plan them to coincide, but that’s how it worked out. So, break out the balloons and confetti.


Two hundred posts ago I did a best-of collection, over three days. I’ve written a lot since then, so, in way of celebration, we’ll do a sort of Greatest Hits Volume II. This will be multiple posts, with lots of links. But if you’re just getting acquainted with the Spherical Model alternative to the left/right paradigm, this could be a good starting place.
The Spherical Model blog is about the interrelationships of the political, economic, and social spheres. So there are some posts that point out the interrelationships, and there are some that are more specifically about one of the three spheres. Our "best of" will have four sections: The Spherical Model, The Political Sphere, The Economic Sphere, and the Social Sphere (which I often refer to simply as Civilization, because civilization is what we’re going for, and sometimes “social” just isn’t descriptive enough).
After that, I reserve the right to update some collections, and maybe add another. There’s the Defense of Marriage Collection; as time passes, this gets closer ties to Religious Freedom and Watching the Courts, which I haven’t done as a collection, but maybe I should. And there continue to be additional Education posts. And I probably could include an entire list on Voter Integrity, but that might go along with responsible citizenship duties. So, I’m still thinking through how to offer the collections.
The past year or so I’ve been posting typically twice a week. But this week I’ll post daily to get in at least the four main sections.


The Spherical Model—Best Of: Volume II 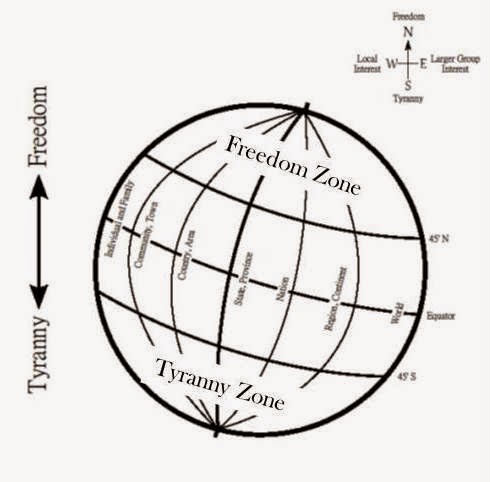