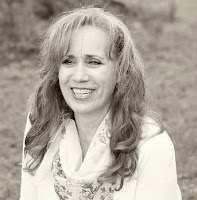 As of a week ago, I had posted in this blog 900 times. I’ve written as Spherical Model, assuming my name isn’t particularly important. Plus, because I occasionally write on issues that absolutely do not align with political correctness, and people can get personally attacked and ostracized in today’s world for disagreeing with that particular agenda, I’ve felt comfortable staying anonymous. My friends who access the blog through Facebook know who I am.

I qualify as a classic introvert, so I still feel comfortable with anonymity. But I also recognize that, when I read other writers, I like to know who they are.

I have shared information about me before. But I haven’t put that information in the “about me” section of the blog. So I’m changing that. I’m updating and including more than you probably ever cared to know about the main writer behind the Spherical Model. And some of that (up to 1200 character) will now be included in the information “about me” as the author at The Spherical Model. You can see that by clicking on Spherical Model as the contributor, at the bottom of the right-hand column. (By the way, you can comment on the blog if you are signed in to Blogger.) 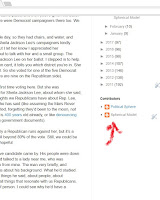 When I celebrated seven years of blogging, a few weeks ago, I linked the basics of the Spherical Model, which I hope is more useful information than who I am, so start there.

The Spherical Model as the smallest think tank ever. It’s mainly just me, plus those I talk things over with—which happen to include my three adult children, whose interests align neatly with the three spheres, so I refer to my children in the blog as oldest son Political Sphere, second son Economic Sphere, and daughter Social Sphere. All three are married and pursuing lives we can be proud of.
I refer to myself as Spherical Model. My actual name is Linda Nuttall. Sometimes I say, “We here at the Spherical Model,” but that’s mainly just me. I have had Political Sphere write an occasional guest post, and I wish he would do more. But mostly I’m the writer.

I graduated with a degree in English, specializing in writing and editing. I spent my early career years as a writer and editor, mainly in the field of education, but partly in computer documentation—way back when we used Wordperfect 2.0. (I go back far enough to have learned WordStar, in case you’re a word processor historian.) One of those jobs was at a language translation company, where I did Spanish and Portuguese quality assurance. Among the education jobs were college level teacher development and support, and high-low curriculum writing (that means for middle school and high school grades, with low reading ability). I wrote textbooks and workbooks on government and biology.

I spent a lot of years, starting before the birth of Economic Sphere, as a stay-at-home mom. The most intense decade of that was 2000-2010, when we homeschooled, an adventure not to be missed. The Spherical Model idea came out of a homeschool effort to explain political ideas to my children—back in 2004. So my kids were the first to be taught the Spherical Model.

Mr. Spherical Model and I have been married since 1981. We both graduated from Brigham Young University. That does, in our case, mean that we are Mormons (members of The Church of Jesus Christ of Latter-day Saints). Both of us come from families that go back to early pioneer days, although on my dad’s side, my grandfather immigrated in 1906. After Mr. Spherical Model graduated (which was well after my graduation, because he had served as a missionary, etc.), we left for graduate school in Indiana, then went to northern California for an internship and follow-up jobs, and then moved to Washington State for a decade before ending up in Texas.


We came to Texas for work in 1998. While I don’t enjoy humid heat and bugs, there’s a lot about freedom in Texas that I love. If you homeschool, you can teach Texas history by going to Washington-on-the-Brazos, where the Texas declaration of independence from Mexico was signed; then going to the Alamo, where Travis, Crockett, and Bowie died along with everyone else, taking a stand for freedom; and then going to the San Jacinto Monument, where the Texians defeated Presidente Santa Ana and his armies. As people say here, “I wasn’t born in Texas, but I got here as quick as I could.”

I’ve pretty much always fit writing into my life (and often editing) in an un-famous sort of way. I have other interests as well: music, art, crafts, health, cooking, sports, and probably other things that would make for a pleasant grandma-blog, if I didn’t feel compelled to continue what I’m writing here. I’m active in a local Tea Party, which comes up occasionally in this blog. I’m a precinct chair, and have served twice now on the district Resolutions Committee, working on the party platform. I’ve been a district and state delegate a few times. And I frequently write to my representatives. I’ve worked the polls several times. In other words, while I don’t consider myself a political activist (which holds a lot of negative connotations to me), I do try to get involved to do good where I can.

When I started writing on Defense of Marriage issues, back around 2003, I was talking with Richard Wilkins, who had come to Houston to speak to us. I’m a good note taker, and I believe I can take a number of ideas and arrange them in understandable language, so I asked him about writing, even though I had no credentials. He said it was valuable to have the viewpoint of a mother, and I should never be apologetic for that. So I’m acting on faith that what I have to say can be valuable to readers. I hope it is.

I love the Constitution. I love this country and pray for its preservation. And I love civilization. I wish the whole world would choose to live in the way that leads to freedom, prosperity, and thriving civilization. That’s a main reason I write the Spherical Model.

My regular resources change over time, so I’ll update that now:


So, that’s the bio. In the next 100 posts, leading to a full 1000, I expect there will be more on the interrelationships of things political, economic, and social. And among those posts will be some on the Constitution, education, defense of marriage and family, defense of religion, and whatever else comes up. It amounts to what interests me, and ideas I need to think through. But I hope the way I organize and present the ideas help readers around the world think through those ideas as well.

Posted by Spherical Model at 5:34 PM