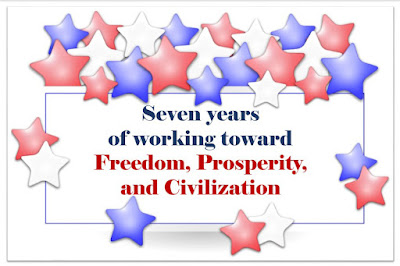 We as a people are divided—more divided than ever in many ways. But I believe, on the level of human beings, we’re not so different. We’re divided because we use language that divides. Framed a different way, we might be nearly on the same page.

This past Friday, Mr. Spherical Model and I spent some time campaigning for congressional candidate Dan Crenshaw. I’d never held up campaign posters and done actual campaign work like that before. But I thought this candidate was worth it.

We only had a couple of hours. The usual early voting location near us is closed due to flooding, so we asked where we were needed, and we were directed to an early voting location up in Spring (a further northwest suburb of Houston). There were plenty of other campaigners there, just beyond the campaign limit line, holding up signs, handing out materials, for various candidates and races.

At early voting sites, both parties enter the same place, and then you’re given the ballot for your precinct and chosen party. So there were Democrat campaigners there too. We all got along fine.

Many campaigners were there for the whole day, so they had chairs, and water, and whatever they needed with them. One of Sheila Jackson Lee’s campaigners kindly offered me a chair and water. I was fine, but I let her know I appreciated her thoughtfulness. A little later a voter came out to talk with her and a small group. The voter was disappointed not to find Sheila Jackson Lee on her ballot. I stepped in to help. If you look at the top of the voter registration card, it tells you which district you’re in. She was in CD 2, my district. Lee’s district is 18. So she voted for one of the five Democrat candidates in that congressional race (there are nine on the Republican side).

The voter was new to Texas; this was her first time voting here. But she was disappointed not to get the chance to vote for Sheila Jackson Lee, about whom she said, “She’s a real spitfire.” There are other thoughts we Republicans have about Rep. Lee, who has quite the list of ridiculous things she has said (like assuming the Mars Rover would see the flag the astronauts had planted, forgetting they’d been to the moon, not Mars, or like believing the US Constitution is 400 years old already, or like denouncing Wikipedia rather than Wikileaks for leaking government documents).

Lee’s district is highly partisan. Occasionally a Republican runs against her, but it’s a windmill-tilting affair. She regularly gets well beyond 80% of the vote. Still, we could be friendly and helpful to one another. That’s hopeful.

A little later, a Democrat state representative candidate came by. His people were down just a bit from where I was. He stopped and talked to a lady near me, who was campaigning for a different CD 2 candidate from mine. The man very briefly, and naturally as part of the conversation, told us about his background. What he’d studied. What he does. I believe he’s a pastor. The things he said, about people, about responsibility and hard work—those were all things that resonate with us Republicans. He was an inspiring and charismatic sort of person. I could see why he’d have a following.

I could imagine, talking with him, that if we could steer away from partisan politics and talk about what we really believe and want in the way of freedom, prosperity, and civilization, we would have a lot we agree on.

But I knew, because I know what is on the Democrat party platform for Texas, that there is almost nothing policy-wise that we agree on. They believe in abortion rights as an ultimate right that trumps life; they believe in taking money from earners to give to those they deem more worthy of it; they believe in limiting speech of those who disagree with them; they believe in full socialized education and medicine.

Some of what they want—as an actual outcome—is what I want. I want everyone to have opportunities, and freedom to choose what to do with their lives. And when you get the partisan conversation out of the way, many of them recognize that hard work and perseverance are necessary for success, and if they had true data and information in front of them, they would stop assuming their “opposition” is full of haters putting roadblocks in their paths.

Getting to that conversation on common ground is a good goal. Using language differently might help.

There’s a lot to agree on. The Spherical Model is an alternative way to arrange the ideas, so we can get to that conversation, so we can find where we agree and stop working against each other and actually reach the outcomes we all really want.

So, here are some links, from previous anniversary posts, to help bring you up to speed on what the Spherical Model is:

Posted by Spherical Model at 4:31 PM