A Day for Reverence

The word “holiday” comes from “holy day.” Sometimes we forget the underlying sacred meanings of our special days, as they become an extra day off work or school. But I’m trying to honor the meaning of Memorial Day with this post.

Memorial Day is the day we remember and honor those who sacrificed their lives for our country’s freedom. Each one is a life cut short, but forever meaningful.

I love the way they are honored at Arlington Cemetery—every day. These photos were from our trip there in September 2014. 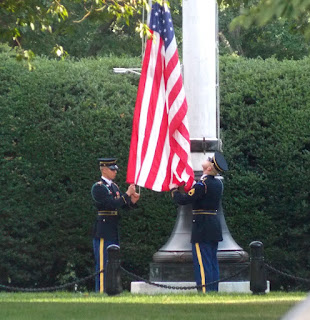 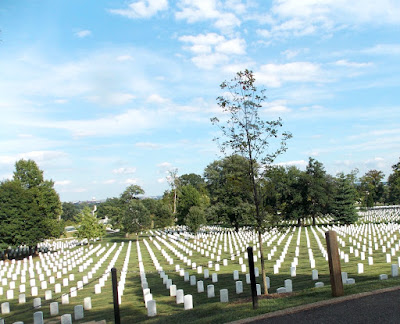 As with many other holidays, there are songs that remind us of the meaning. So I’m sharing a couple of those today. This first one came up on Facebook, and I like both the song and the visual tribute. The person who posted said the photos represented three separate funerals he attended—one was the son of a dear friend.

This next one I came across a few years ago, linked in a post about the true meaning of Memorial Day. The song is old, and more often used in the UK than here. But it was written to honor those sacrificed in war. Because of the sacredness of the words, it is by tradition, never practiced or performed publicly, but only performed at funerals for those lost in war. It’s hauntingly beautiful, and I go back to it on Memorial Days now.

Also mentioned in that same piece is an ongoing series called IGTNT (I Got the News Today), honoring the fallen ones, one at a time. Worth checking out.
Posted by Spherical Model at 10:14 AM