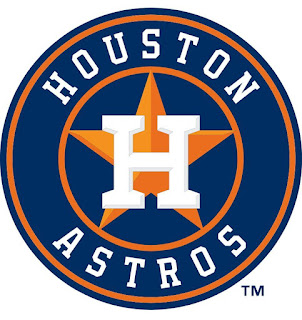 We interrupt our usually scheduled political philosophy blog for this special announcement:

It’s worth celebrating. It’s hard to gauge from here at the current center of the universe, but my guess is that Houston was a sentimental favorite everywhere this year, because of Hurricane Harvey.

One Houston Chronicle headline I read this morning said, “Harvey dropped 51 inches so the Houston Astros dropped the Los Angeles Dodgers 5-1.” It may not be a cause-effect relationship, but it’s important. Several of the players had photos in their lockers of Houston homes underwater. They said that when they had a tough day and felt like slamming their glove into the locker, they’d see that photo and remember it was their fellow Houstonians who really had it rough. And they’d resolve to win this for them.

As the Chronicle story says,

The team wore "Houston Strong" patches on their jerseys, even when some of us felt less than mighty sifting through wet, damaged memories. The team visited flood victims in shelters, bringing a bit of blue and orange light where darkness was the norm.
It has been two months now, plus a week, since Harvey hit. Most of the damage near my neighborhood is no longer visible from the outside. But friends are still out of their homes—maybe for another 4-6 months—while inside repairs are underway.

As the team said last night, if they could just bring four hours of joy on a game night—a little bit of happiness—that’s what they wanted to do.

I’ve never lived in a championship city before. Maybe other places feel this way with their celebrations too. But, because of what we’ve been through here, it feels especially good.

2017 has been one for the history books.

Posted by Spherical Model at 1:17 PM