This is part III in recounting a trip to Washington, DC, where we encountered people and places worth reverencing. In Part I we went to the Jefferson Memorial. In Part II we covered Lincoln. In Part III we’ll remember George Washington. The next part will cover a few other places not connected to a single individual.


The clean lines and extraordinary height of the monument make it look modern. But the obelisk is actually an ancient Greek design, a four-sided structure rising to a point. It is the tallest stone structure and tallest obelisk in the world, at 555 feet and 5 ½ inches.
[For you Texans, the San Jacinto Monument, also an obelisk, is 567.31 feet tall. Permission to exceed the height of the Washington Monument was never given; the design was submitted, and they said, “Oh, and we’ll just put a star on top.” It is the star that puts it over height, so we’ll let the claim of tallest obelisk stand with the Washington Monument, even though we know everything’s bigger in Texas.] 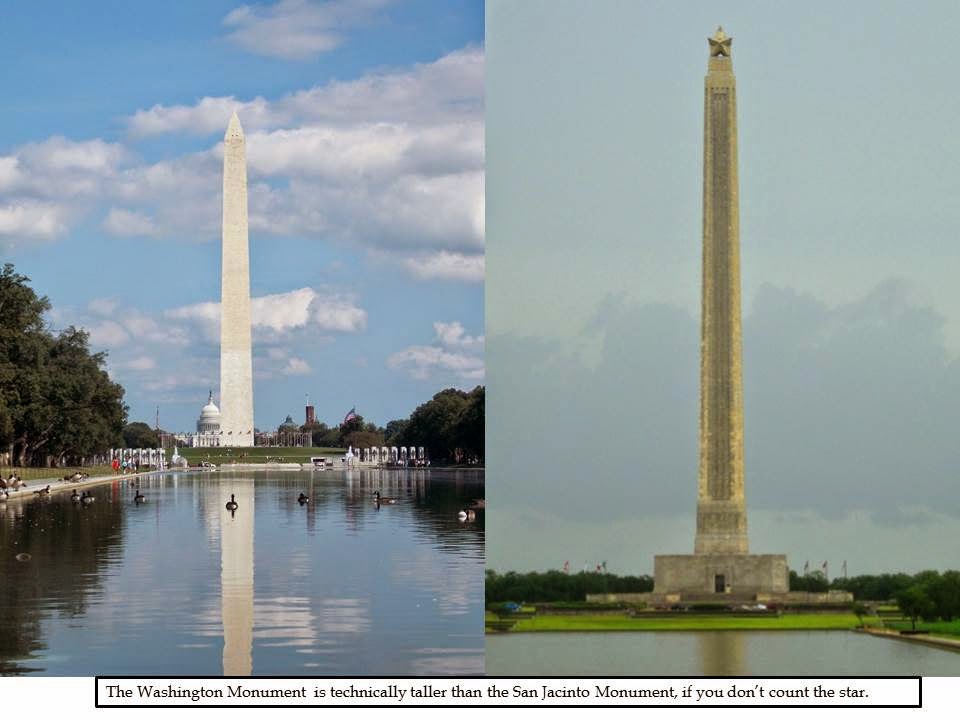 Posted by Spherical Model at 3:44 PM