Monuments and Memorials, Part I

I just spent the week in Washington, DC—my first trip there. We played tourist and took hundreds photos (800, to be exact). The Constitution was signed September 17th, and we saw the actual document in the National Archives on the 16th. I geeked out a little.
So, if you’ve ever wondered why some things are called monuments, and others are memorials, here’s the difference: A memorial is for someone after they have died—to remember them. A monument is to honor a person still living. So…the Washington Monument was begun to honor our first US President, George Washington, while he was still alive.
If there was a theme for this trip, it was reverence. As the children in our church sing, “Reverence is more than just quietly sitting.” In our case it involved walking, briskly, about eight miles a day. That is normal for a vacation with Mr. Spherical Model, as the kids can attest. I am stiff and sore, and will take some days to recover. But, there were so many places where it was natural to be reverent. 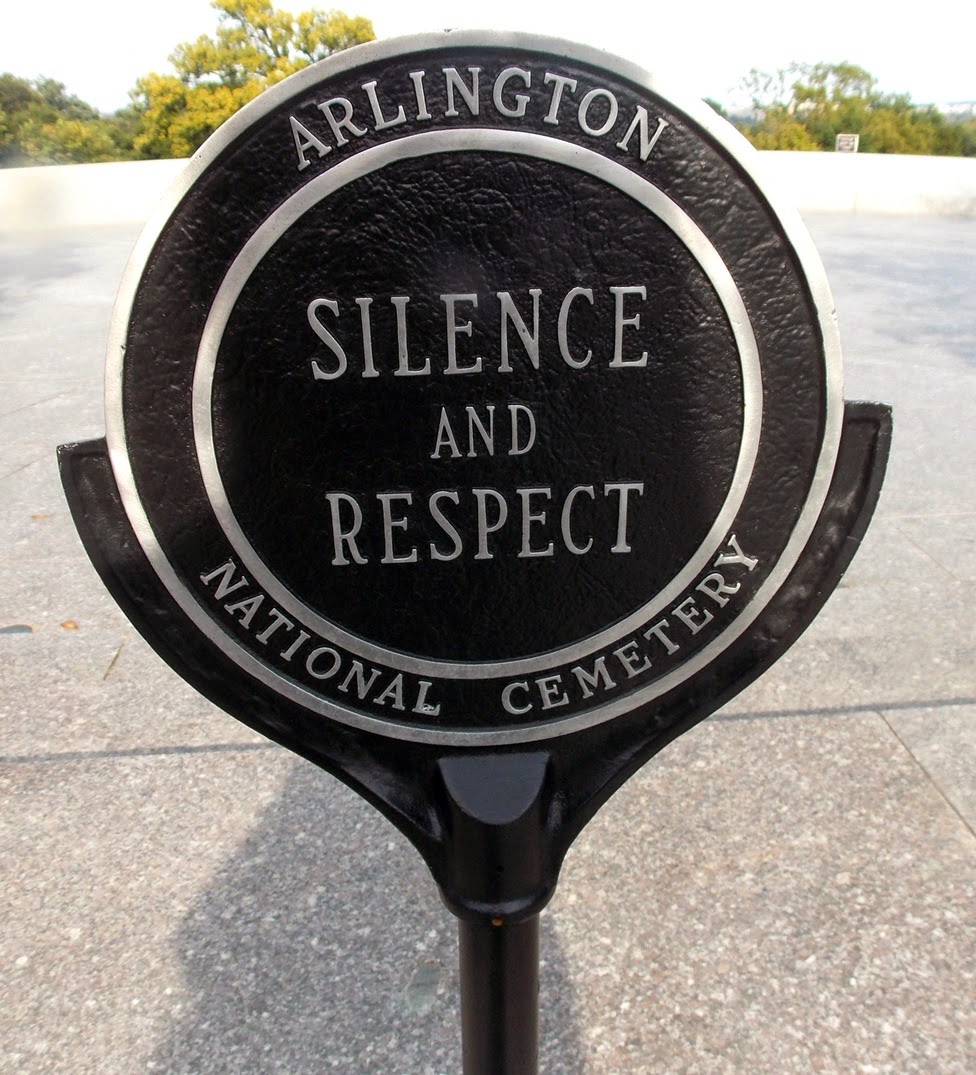 A sign at Arlington Cemetery says it directly: “Silence and Respect.” During the changing of the guard at the Tomb of the Unknown Soldier, the sergeant directed that it is expected we will be silent—and stand—throughout the entirety of the ceremony. There was no listing of “or else” and consequences. There was simply the statement and the expectation. For those who love liberty and civilization, that is sufficient.
There is much I want to share, and I’m not sure how to organize it all yet. For now I’m thinking of going with a main founder per post, more or less in the order we encountered them. Several things they had in common: personal character and decency, honor toward God, skill and learning, and appreciation for all things beautiful and civilized. 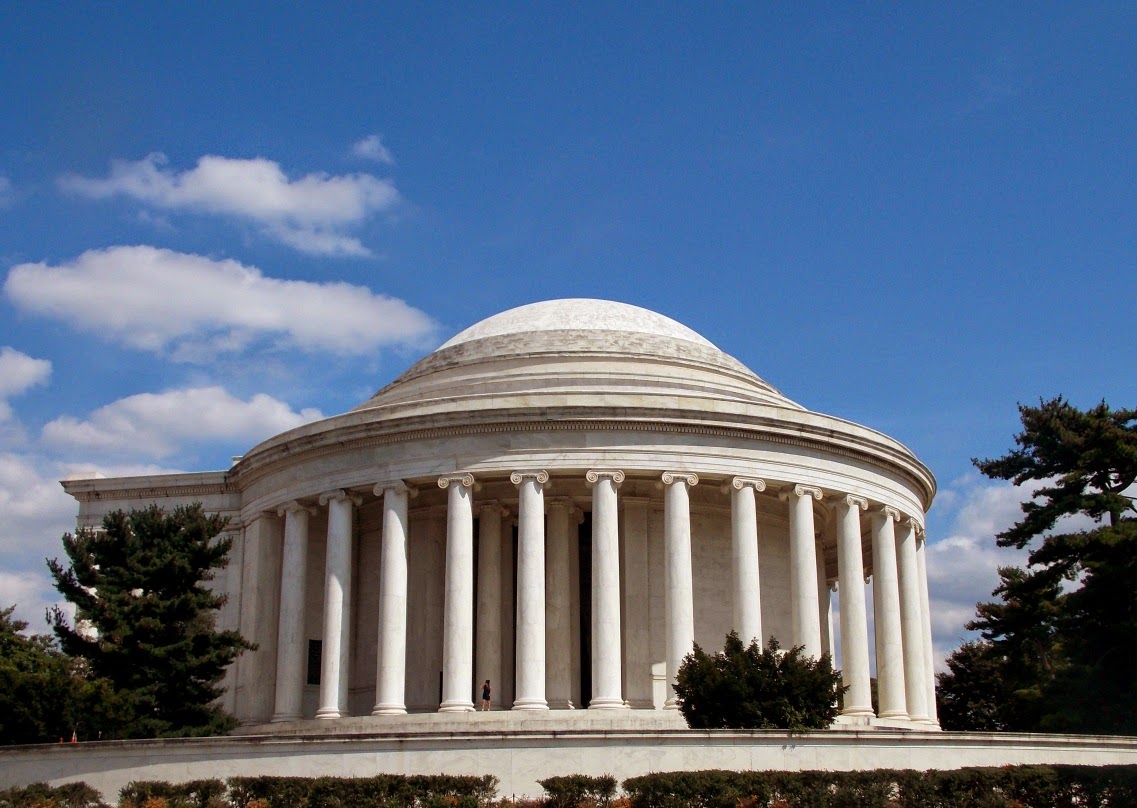 First we’ll go to the Jefferson Memorial. This great renaissance man of the 18th Century stands in the center of a circular open building (with museum on the lower floors), an imposing 19 feet tall. He looks toward the Capitol and White House, to keep an eye on things. 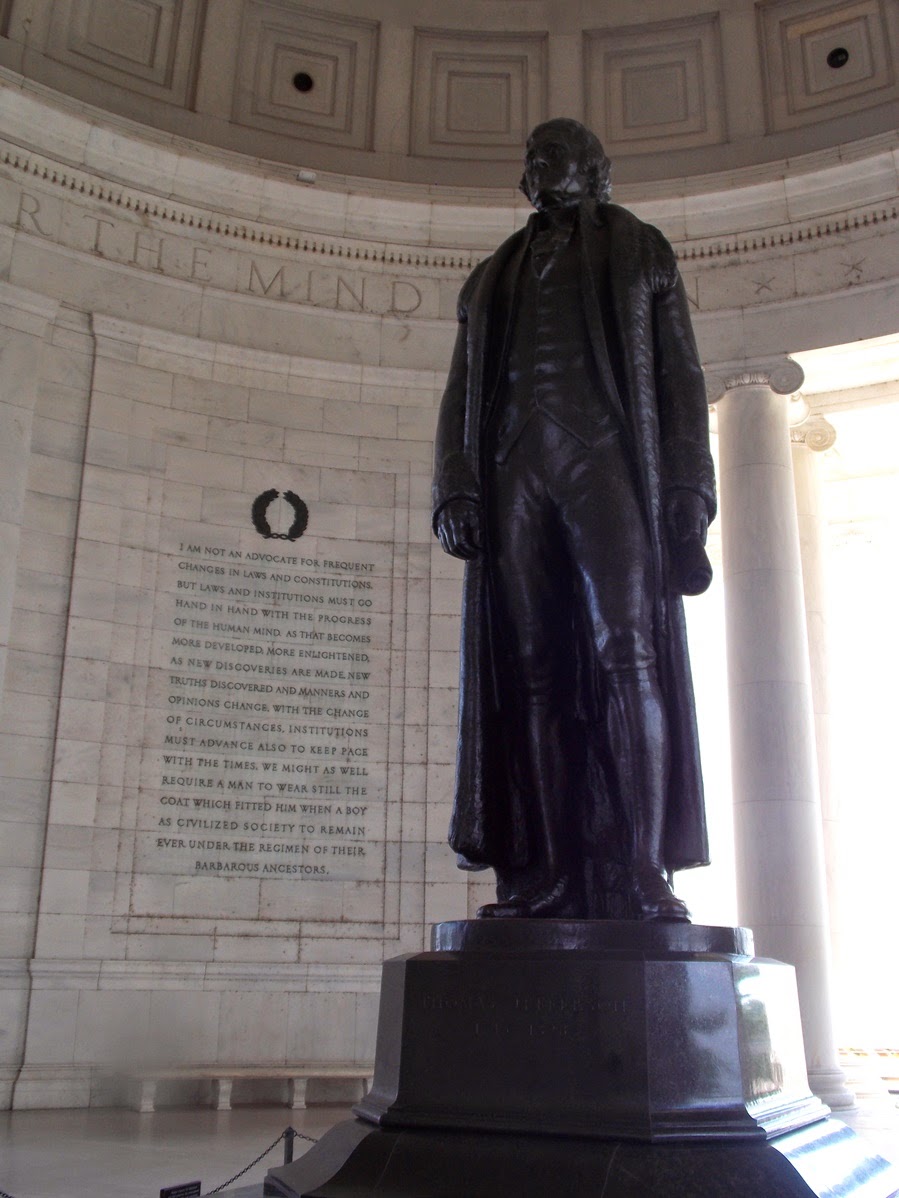 My personal quote collection already holds a share of Thomas Jefferson’s words, but they were even more striking carved in stone on marble walls. I attempted to photograph them to bring that sense of awe back for myself.
To summarize, Jefferson knew God as his guide, he knew God as the source of our rights and liberties, and he knew learning becomes wisdom under God's guidance.  I’ll share a few of the quotes in photos. These first four are from the walls of the memorial, surrounding him. You'll recognize this first one from the Declaration of Independence, which he had the skill to put into words and to pen.
Overhead, around the bottom of the dome, it reads, “I have sworn upon the altar of God eternal hostility against every form of tyranny over the mind of man.” It took four photos to capture it, so I’ll spare you.
Inside the museum, this is above the door; he knew, even then, what we clearly see today.

And this is a replica (with some actual artifacts) from his study. 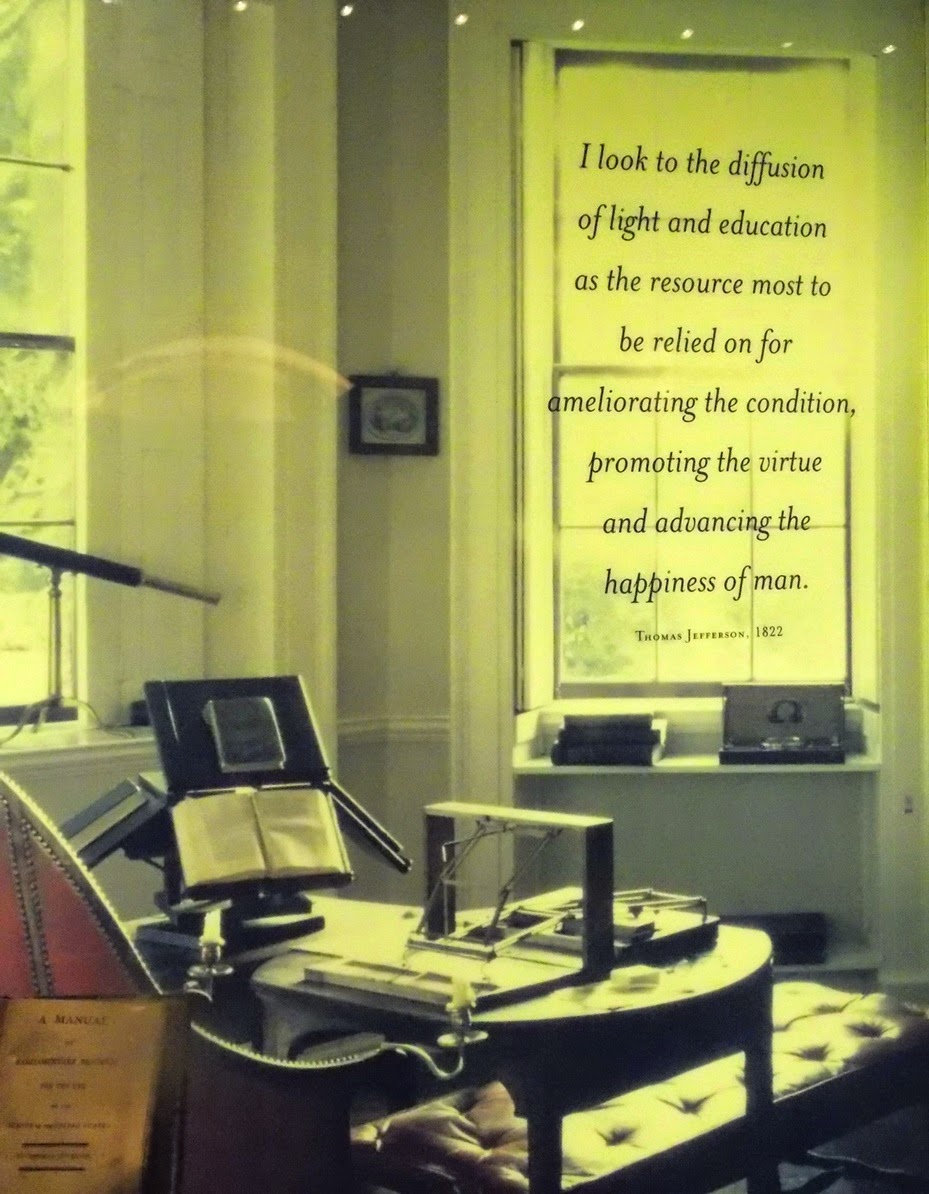 In Part II we'll consider Lincoln, among other notable memorials.
Posted by Spherical Model at 10:24 PM