I’m traveloguing last week’s trip to Washington, DC, going by way of the great people worth revering. Monday was on Thomas Jefferson. Today we honor Abraham Lincoln. I expect there will be at least two more parts to come.
We had a few minutes before our tour trolley arrived Monday morning, so we quickly walked through the Ford Theater—yes, that Ford Theater—which was just across the street from our starting place. They have memorialized the box in which President Lincoln was assassinated, and have a more general museum downstairs as well.
There was a section of the museum on the various generals of the Civil War, which was interesting. And there was a fair amount on the Lincoln family in the White House. Other than what George Washington went through that winter at Valley Forge, well before his presidency, I don’t know if a US president ever went through a more stressful and precarious time than Lincoln did during his presidency. It is hard to imagine what would have happened without his resolute leadership in getting disagreeing sides to come together. Such circumstances with our current president would have meant total dissolution. God blessed us with Lincoln at that time. Praying that God has prepared such a person for our immediate future. (I wrote about Lincoln, in relation to "Ultimate Right and Wrong," September 14, 2011.)
The Lincoln Memorial is built to look something like a Greek Parthenon.
This larger-than-life statue sits looking out. 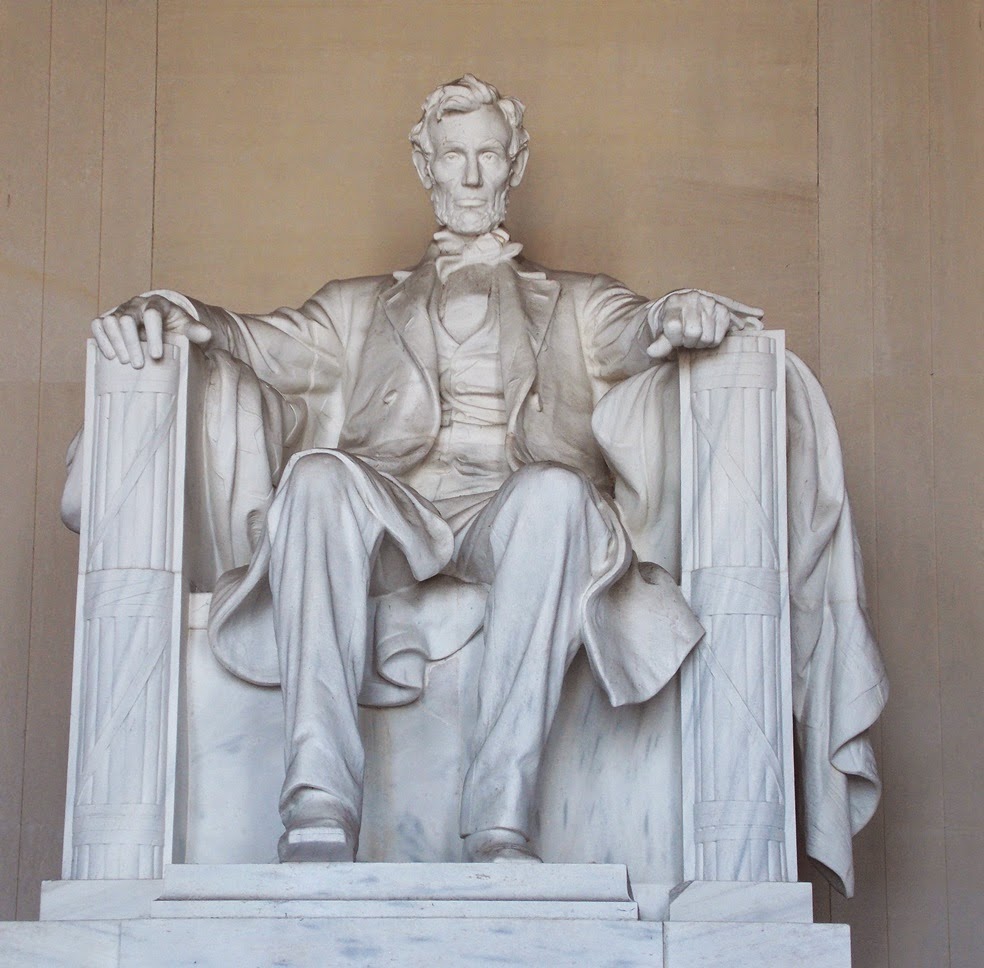 The way the monuments are set up, the Lincoln memorial is at one end. There is the reflecting pond straight ahead of him, toward the Washington Monument, with the White House beyond, and the Capitol building at the far end. There’s a word for such a view—the aspect. It is stunning, the symmetry and beauty of this aspect, referred to as the Washington Mall. It says civilization in every tree and stone in the arrangement.
Lincoln was both brilliant and brief in words. The walls to his left and right have immortalized in stone his Gettysburg Address—which daughter Social Sphere and I memorized as part of her homeschooling—and also his Second Inaugural Address. These are words worth immortalizing, along with a man worth remembering through the ages.
Posted by Spherical Model at 12:10 PM