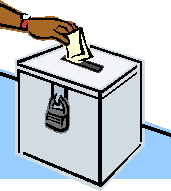 We’re a half year away from mid-term primaries. There’s a November election coming up, but it will consist mainly of small races and issues, like school boards and bond proposals. So why talk about elections now? Because there’s time now to consider principles, so we can prepare before there’s pressure and heightened emotion.


We’re already hearing from judge candidates at all of our Tea Party meetings. We live in a decidedly conservative area of red-state Texas. Nobody’s going to get elected around here by announcing they’re influenced by liberal/progressive ideology. And it is an unfortunate characteristic of politicians that they seek approval, which is likely to translate to votes, which is what gives them power. So, while we do indeed see a number of sincerely principled, effective candidates, we also encounter some who just try to convince us they’re one of us.
So, well ahead of decision time, I thought I’d list a few questions that might reveal what a candidate truly believes, so you can be a better informed voter.
We’ll start with judges. They talk about their experience (often impressive), their families and character. And they assure us they’ve been active in local GOP politics for a long time. But among these are a number we haven’t seen at district or state GOP conventions, or at our Tea Party meetings, until they became a candidate. This doesn’t necessarily mean they haven’t been active and long-time principled. But how do we know?
A friend, active in party politics, suggested asking about their voting record, so I think I’m going to start asking this: Who did you vote for in the past two presidential and governor races—both primaries and November elections? What was your reasoning for those votes? And how do you feel about those votes now?
A vote for Obama in 2008 might not be a deal breaker, depending on the reasoning—even though those of us paying attention knew what a disaster he would be and were not taken in by the ridiculous hope-and-change blather. But they’d better be able to explain articulately what they were hoping to accomplish with that vote (“It was historic” is simply racist; preventing John McCain from being president might be an acceptable answer). And they had better be very clear at this point what a mistake an Obama vote was.
A vote for Obama in 2010 would absolutely be a deal breaker. Unawareness of just how conservative and effective Romney was might be understandable, considering the negative lying press in the pocket of the Obama campaign, but that sure wouldn’t be a plus for someone who’s trying to convince us of their discernment and wise judgment.
I would ask about primaries for governor because (besides verifying that the candidate voted in the GOP primary) it gives an idea of ideology. Not everyone loves Governor Perry, but he has done a great deal of good. If the candidate supported a Perry opponent, for example, we’d need to have an explanation much deeper than, “I just thought he/she would make a good governor.”
When we’re looking at legislative and executive offices—governor, state representatives and senators and other state offices, as well as US representatives and senators, we can probably ask some questions provided by the Spherical Model concepts on politics (limited to the proper role of government), economics (free enterprise), and civilization (support for religious freedom and strong families).
Political Sphere
·        What do you believe is the proper role of government, and what are the limits?
·        Do you have favorite portions of the US Constitution, and/or any portions that you think ought to be changed, clarified, or improved?
·        When the US Supreme Court makes a ruling that you believe is at odds with the Constitution, what do you think the executive and/or legislative branches should do in response to the ruling?
·        What do you believe is the proper balance between public safety and individual freedom, and what do you believe government needs to do to reach that balance?
·        Who are your favorite examples of a good president—since 1900—and what about them do you admire?
·        How do you define extremists, and what views do you think are examples of extreme?
Economic Sphere
·        What do you believe is the optimum percentage of GNP that should be taken in taxes?
·        What do you believe is the government’s role in contributing to economic health? For example, if there is a sudden recession (as we were hit with in 2008), how should government react?
·        What do you believe is government’s role in the distribution of income discrepancy between the poor and the wealthy?
·        What do you believe should be government’s role in charitable help to the poor and suffering?
·        What do you believe are the purposes and limits of the commerce clause of the Constitution?
·        What do you believe is the role of the Federal Reserve, and how/whether it is benefiting the economy?


I’m sure this list isn’t exhaustive. But it’s a start. Good luck getting a candidate to answer even a few. Maybe if we divide up the list, and each ask a question or two to every candidate, we’ll be able to share responses. Because, truly, we need the best candidates we can possibly get, before any more damage is done.
Posted by Spherical Model at 1:21 PM