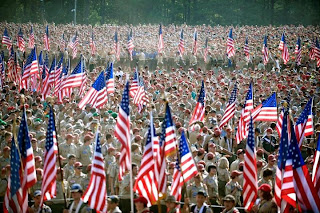 It’s Flag Day, and I enjoyed putting the flag out. We had for some time a bougainvillea that grew in front of my flag pole holder and made it difficult to fly the flag, but severe weather did it in a year or so ago, so I’m unhindered in my patriotic efforts now.