Have we talked about Demographic Winter? There are two videos, one by that name and a second, Demographic Bomb, by the same producers, about the worldwide worry that we don’t have enough children being born. The video trailers are worth seeing. 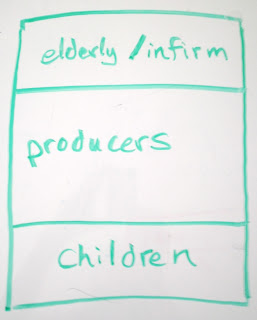 A healthy growing population is shaped like the diagram below. Producers are plentiful to take care of the elderly, and there are enough children to replace the producers as they age. 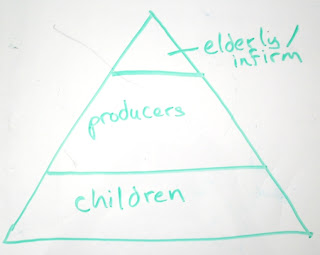 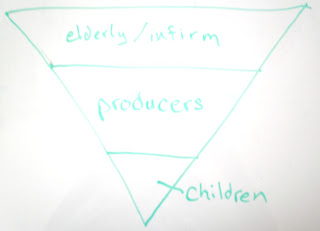 A friend of mine who has been involved in family issues worldwide since the mid-1990s first let me know about this issue. He was with his family on a trip to at one point, and they went to, I think, Disney World there. There was an exhibit that talked about the demographic problems in that country, and some of the solutions. Italy isn’t on the list above, but I believe it’s under 1.4, like many EU countries, and parts of it are significantly lower—where they pay people to have babies or give people bonuses to come there following their education to live. The presentation talked about the difficulty of producers supplying the needs of the elderly, and my friend was thinking—the obvious solution is to encourage more births. But that’s not what they said—instead they encouraged more women to join the workforce. Women in the workforce must, of necessity (with very few exceptions) have fewer children than they would or could have as stay-at-home mothers.
So is the problem likely to solve itself when people wake up and realize they have a problem and then start having more children? Historically no.
One of the hallmarks of a thriving civilization is valuing the family and prizing children. If that is not where we are, then we need to change—before it’s too late.
Posted by Spherical Model at 3:43 PM