I try not to be alarmist (even though I often feel alarmed at news in our country and our world). But I am alarmed today at stories from the last couple of days concerning the First Amendment right to freedom of religion.
Just to clarify, yet again, we do not get our rights from the Constitution; we get our natural human rights from God. For the sake of preventing tyrannical usurpation of those rights by government, we have several of them plainly expressed in the Bill of Rights, the first ten amendments to the Constitution, which became part of the Constitution before it was ratified.
One of my most frequently read posts is the Two Hundredth Post, from January 13, 2012. It’s a simple explanation of the meaning of the religious freedom clause. I suggest to our administration that they read it for a basic understanding. (The President’s teaching of Constitutional Law apparently failed to bring him to the level of basic comprehension.)
Government can make no law prohibiting the free exercise of religion. End of subject. Self-evident. Except to the opposition to truth and freedom that is trying to tyrannize the rest of us, using some sort of twisted logic about how rude it is of believers to show any signs of religious belief around others. 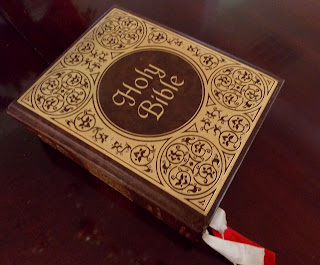