I’ve written about the importance of motherhood and women to civilization. Today I think I’d like to look at something specifically connecting economics and civilization, because we count on women to make contributions without remuneration.
Much of the economic debate is limited to the southern hemisphere of the Spherical Model. The statist side (southeast quadrant) believes that people can’t be counted on to earn enough to support themselves, make the best decisions about how to spend any money they earn, and take care of those who are unable to care for themselves (those too elderly, too young, too ill, or too underprivileged). The better parts of the southwest quadrant align with the Atlas Shrugged view, with this creed:
“I swear—by my life and my love of it—that I will never live for the sake of another man, nor ask another man to live for mine.”
At Spherical Model, the economic answer leading to civilization is always a combination of free market plus philanthropy.
Imagine, seriously, if mothers lived by John Galt’s oath. The world would collapse. It is the fatal flaw of Ayn Rand’s philosophy that she eliminates several essential qualities that are part of womanhood. She admires women who are like men: self-sufficient, intelligent, hard-working, entrepreneurial—all good qualities—but also infertile while sexually promiscuous, unsympathetic, and lacking in altruism. Dedicating your life to care for others for the sake of love instead of earning money is anathema to Rand’s world. (I wrote about this in much more detail in a three-part post here, here, and especially here).
The fact of humanity is that there are some people who depend on others through no fault of their own. Children are essential for our future, and any care we give them pays off for the future of us all. But it is usually women who are willing to do the day-in-day-out loving care, forgoing pay to do it.
I do not in any way intend to discuss whether women should be stay-at-home moms. I only know what God led me to do at various seasons, and I trust that other women can listen to God’s voice in their circumstances. Women are intelligent and capable; in today’s world, women are more likely to have college degrees and succeed academically. Woman can make many many valuable contributions to the economy. Nevertheless, civilization depends on the contributions women make without being paid.
While men can and should do many of these things as well, women as a demographic whole are more likely to give emotional nurturing to children, see to the academic progress of children, seek opportunities for social and physical growth and see to the spiritual training of children. While she goes about this, she is more likely to do volunteer work in schools and community organizations.
She is more likely to care for elderly adults. She is more likely to do the cards, letters, and gifts that keep family and friends connected. She is more likely to plan and carry out holiday celebrations. Imagine Thanksgiving if we expected nothing from women except what we pay for.
Imagine what homes would look like if women didn’t take it upon themselves to surround themselves and their loved ones with beauty and comfort. (Example: look at the difference between a series of girls’ dorm room and boys’.)
There are so many talents and abilities women naturally share, abilities we count on, that there’s a problem with women comparing themselves to the best examples in every category and always feeling they fall short, even when their unheralded giving pushes them beyond exhaustion.
Contrary to popular belief, women receive either equal or superior pay for equal work, and have done for some time. Where there seem to be differences, they are because women choose to spend less time at the office so she can spend more time with family and other ways that contribute to quality of life. She is more likely to break up her career for the sake of children. If her child is sick, she’s more likely to take time off from work than the dad is. If there’s a special event in the child’s life, she’s more likely to rearrange her schedule to be there. 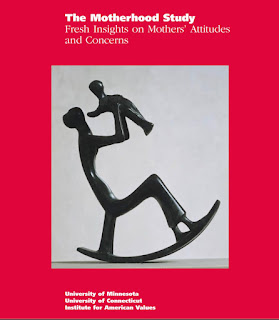 Women make men more civilized than they would be without her, just by being part of his life. He’ll also be more productive and successful in his work than he would be without her in his life. Men want respect, and a wife can give him that; women want to be loved and cherished (more than rewarded with money), and a faithful, civilized man can give her that.
According to the conclusion of the Motherhood Study, many mothers understand she “holds a fragile but nonetheless powerful cultural position as the last best defense against what many people see as the impoverishment of social ties, communal obligations, and unremunerated commitments” (p. 42). Women ceasing to value civilization is a quicker route to savagery than men ceasing to value civilization. Economic necessity might require more of women in the workplace, but civilization also requires that she keep doing what she feels the life-giving need to do regardless of pay.
Women, value yourselves for what you do so unselfishly. Men, let her know how valuable you know she is.
Posted by Spherical Model at 1:00 PM