Last night I got to hear Christian Adams speak about his new book Injustice (which I talked about here). I know it’s getting more and more difficult to be surprised at anything this administration does. And yet it is still shocking to know things really are as bad (or worse) as we imagine. 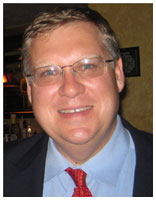