Some people have a gift for humor, which is helpful during trying times. So I’m starting today’s post with some headlines from the Babylon Bee, which has been on a tear since the New York pro-abortion law passed last week. (Their articles are worth reading, in addition to the headlines.) 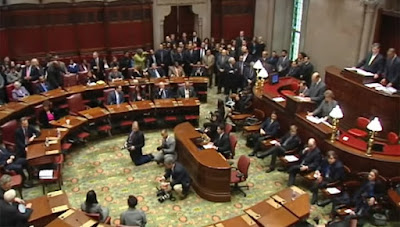 New York To Be SuckedOut Of Nation With Vacuum
January 24th, 2019 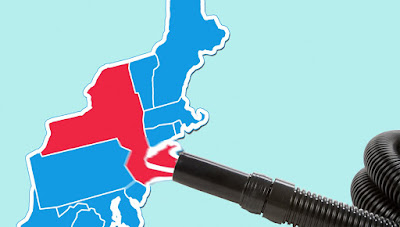 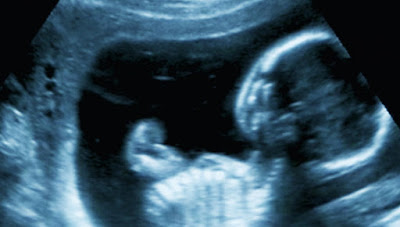 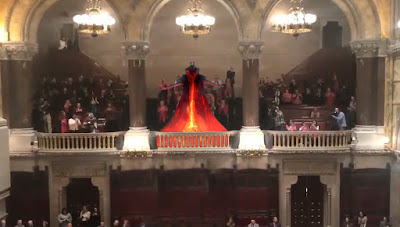 Thank you, Babylon Bee, for doing the hard job of telling the truth through satire, even when it’s hard to distinguish satire from reality in these troubling times.

I want to additionally address some misunderstandings about what a late-term abortion is, what its purpose is, and why it might be done.

There was a post of a friend, who was concerned that we anti-choice people (i.e., pro-life people) might be making life harder for some women who are actually facing the heart-wrenching decision of a late-term pregnancy termination.

I believe my friend is compassionate. Many of the respondents were too—on both sides. I want to highlight two: one from each side.

One is the story (linked by a commenter) of a Mormon mom, who tells her story. She was at 22 weeks with twins, in the same amniotic sac. One died. That meant the possibility of sepsis for the mother, if the dead fetus was not expelled. But that couldn’t be done without also expelling the live twin, since they shared the same amniotic sac. The live baby had spina bifida and was unlikely to survive long beyond birth. So, for the sake of the mother’s life (she had several other children to raise), they did a C-section, delivering both the dead fetus and the live baby with the severe anomaly. The live baby lived only a short time, as expected.

For those of you who understand Latter-day Saints, this mother conferred with her bishop, who supported her decision and told her to do whatever she needed to in order to protect her health. And he sorrowed with her and her husband over the loss of one child and the impending loss of the second.

The mother was labeling this a late-term abortion, and the implication is that this is the kind of situation the New York law was making room for.

But that is not the case.

First, it was not an abortion; it was an emergency C-section, including the live birth of a child unable to live long thereafter.

The mother’s complaint was that there was an ethics board at the hospital, ruling on her decision, and that was very upsetting to her. But my belief is, they weren’t debating whether to overrule her decision; they were working to see what could and should be done for the live baby, in addition to saving the mother. They would have asked questions about timing, and whether anything more could be done for the live baby.

What would an abortion, rather than emergency C-section, have been? The live child would have been injected with a killing drug—such as is used in a lethal injection execution—and, after death, would have been delivered vaginally. That would entail a couple of days for dilation drugs to take effect. It could include crushing the skull of the child while still in the womb, since the head is the largest baby part needing to pass through the birth canal. In another method, called partial birth abortion, rather than injecting the baby for pre-killing, they partially birth the baby, feet first, and then, while the head is still inside, use scissors or other sharp instrument to stab the baby’s skull, killing the baby before birth is completed.

This woman’s C-section shouldn’t be used to support late-term abortion—because that isn’t what it was. It was an emergency delivery. A regular OB/GYN surgeon performed it, even if that doctor would never perform an abortion.

The pro-life side in the online comment thread was offered by an experienced OB/GYN nurse (originating here):

If there is an emergency situation during the second or third trimester, the mother is rushed to the hospital where she is immediately hooked to a monitor. Her belly (the baby) is also strapped to a monitor. Vitals for BOTH MOTHER AND BABY are done. Meds are pushed. Exams are completed. Blood drawn. Contractions monitored. We have TWO patients.
If there is a true emergency (high blood pressure due to pregnancy, for example) doctors will in fact end the pregnancy to save the mother. It is called an EMERGENCY C-SECTION. The baby is out- maybe very early, but the baby is out- and cared for. The pregnancy has ended and Mom can be cared for. Isn't that the so-called point of why pro-choicers advocate for abortion? That they need to be able to "terminate the pregnancy to save the life of the mother"? Well, here ya go. Emergencies ending in c-sections, ending the pregnancy and saving the mother, happen all the time.
You know what doesn't happen all the time? As in, like, never? An emergency abortion. There is NO SUCH THING. Never in the 9 years while working in a large hospital, often in the ER, did I hear the words, "Quick! Get me forceps and suction! This woman needs an emergency abortion STAT!" Why did I never hear these words? Because emergency abortions don't exist.
Since the New York decision, doctors have been weighing in.

Dr. Omar L. Hamada: “I want to clear something up so that there is absolutely no doubt. I’m a board certified OB/GYN who has delivered over 2,500 babies. There’s not a single fetal or maternal condition that requires third trimester abortion. Not one. Delivery, yes. Abortion, no.”
Dr. David McKnight: “It appears that the state of New York has legislated that an unborn baby can now be killed at term…. As a board-certified practicing OB/GYN physician for over 30 years, I need to say publicly and unequivocally, that there is NEVER a medical reason to kill a baby at term. When complications of pregnancy endanger a mother’s life, we sometimes must deliver the baby early, but it is ALWAYS with the intent of doing whatever we can to do it safely for the baby too…. God help us.”
Dr. Alan E. Smith: “[A]s I read this law would allow abortion past what we call the threshold of viability, generally thought to be 23-24 weeks and inching ever downward. If I see a woman at 36 weeks gestation with preeclampsia her life could be at significant risk. But her baby also has a 99% chance of surviving outside the womb.”
Dr. Monique Ruberu (in video): “I guarantee you there is no reason ever, to save the life of the mother, in the third trimester that would necessitate the killing of a child. You just deliver the child, and allow the child to live, and you save the life of the mother.”
And more. Dr.  William Lile also recorded his expert view as a video. I tried embedding it here, but was unable. However, the link is here.

Another thing my compassionate friend said was that late-term abortions are very VERY rare. Unfortunately, that isn’t so either. While it’s a relatively small percentage of total abortions (1.3% overall), it’s as high as 15-17% of abortions in some states. There were 8,296 abortions performed after 21 weeks in 2015, or about 251 for each of the 330 abortion providers willing to perform them. While that is low compared to the overall number of abortions, that’s still a lot. For comparison, about 5000 babies are born with Down Syndrome in the US each year; about 25% of families are affected. So half again more is not particularly rare.

The more common reasons for late-term abortions are birth defects. As in the story above, if the baby can’t survive long after birth, that may still be a cause for heartache. But progress has been made; many defects that used to cause death no longer do. Surgeries, blood transfusions, and other treatments can be performed in utero. This includes successful surgery for spina bifida.

Not everyone sees things the same, but I know what it meant to hold a child who would only live a short while; I valued that time. I wouldn’t have given it up in some misguided attempt to spare myself or the baby some possible pain.

Down Syndrome is a common birth defect in babies being aborted. But those of us who know people with Down Syndrome see that it is not a cause for death; it may even be a cause for rejoicing. These children tend to be happy and loving, and bring great joy to the people around them. With therapy and care, they can grow to become productive adults, with a life expectancy of 60 years. Yet around 67% of Down Syndrome diagnoses lead to abortions—sometimes in the third trimester, because testing can take that long.

Do bad things happen late in pregnancies? Sometimes. Do we need to have compassion for women who face those bad things? Of course. Do we show actual compassion when we conflate an emergency C-section with a late-term abortion? No. One is civilized. One is not.

Posted by Spherical Model at 9:01 PM