Religious Freedom Is Necessary to Civilization

It’s National Prayer Day. Also, the president signed an executive order to remove the threat over churches the last several decades (since 1954) monitoring their speech on penalty of removing their tax exempt status.

So, for today’s post I’m repeating a part of the Spherical Model website, under the Civilization section.


Religious Freedom Is Necessary to Civilization 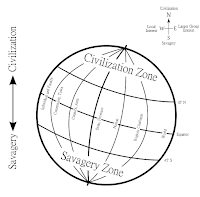 Posted by Spherical Model at 1:15 PM