Once upon a time there was a quaint, civilized northern kingdom, a culture of people living comfortably and gently. People were industrious and frugal, and enjoyed adding color in their homes and clothing, to the white that covered the land through much of the year, echoing the northern lights in the long night sky.

Despite the cold and other natural challenges, the people remained gentle and constant for a good long time.

And then something began to change. The people experimented in centralized ownership. Taxes became extremely high, but the people tolerated this in exchange for long vacations and guarantees of food, housing, health care, and other things they thought they ought to have but were tired of struggling for.

They decided to be the example of society working together for the good of all. Things that had been tried in nearby countries, to massive failure. But that was with the wrong kind of people These gentle people would be the ones to make it work.

For a while the world looked on in wonder: “See, it can be done. We want to do it like them.”

But after a time, they faced some challenges. Motivation to excel may have been one of them. Without the necessity of hard work to guarantee a family’s survival and thriving, less innovation took place. Less work got done. Even working together, and sharing alike and evenly, the standard of living wasn’t as high as many had foreseen and wanted.

Another thing that happened was a weakening of family strength. If the collective was going to take care of offspring, that meant a mother and father were relieved of the necessity of overexerting themselves to provide for offspring. It even meant mother and father might not stay together. Or they might not get married in the first place. The negative consequences of living without marriage, whether or not children came, were mitigated by the collective.

In time, a higher portion of children were born outside of marriage. And a smaller portion of adults had children, or fewer children. The next generation lacked the inculcation of culture that used to be a hallmark of this peaceful people. The next generation was taught more about relaxing and avoiding stress (not a bad thing in its place and in moderation)—but with greater burden per person to provide the collective needs.

The wealth and the culture of past generations was being depleted. Something had to be done. The logical solution seemed to be to invite foreigners to move in, to contribute to the collective work.

What they did not foresee was that inviting almost unlimited foreigners was a risk to the culture. The new workers did not want to settle in and become like the northern society; they wanted a new place to work and live, and they wanted their share of the guaranteed food, housing, health care, and the rest, if they were the ones adding to the workforce. But they wanted to bring their own culture with them. They wanted to be who they had always been—even thought that included being a people who had not made their former countries thrive.

It was too late when the northern gentle people realized the danger to their way of being. They tried making laws that would limit the invasion of a foreign culture. They tried altering laws to lessen the power of the collective. But without the power of family—which brings with it financial stability and continuity of culture—there was no vitality to stand up against the threat. It would not be long before the northern culture succumbed to the influx of an entirely different people. The centuries-old culture would disappear. Without war. Because of their own mistakes. 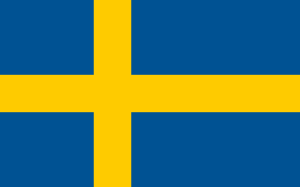 I haven’t really exaggerated. This is Sweden. The northern centuries-old culture is one I love; it is my heritage. My dad was the first generation born American instead of Swedish. We keep a few of the traditions during the Christmas holidays.

But I’m concerned that it’s disappearing. Socialism hasn’t worked. And lately the country seems to be realizing that, and making adjustments toward free enterprise. (Read here and watch here.) That’s a good thing. But it might not be enough.

The refugee/immigration problem reached crisis limits during 2015. According to a story earlier this week at PJ Media:

When the small, crumpled body of 3-year-old Alan Kurdi washed up on the Aegean coast Sept. 2, Europe’s humanitarian superpower sprang into action. Sweden’s prime minister headlined gala fundraisers, Swedish celebrities starred in telethons, and a country that prides itself on doing the right thing seemed to rally as one to embrace refugees fleeing for their lives.
But after taking in more asylum seekers per capita than any other nation in Europe, Sweden’s welcome mat now lies in tatters. Overwhelmed by the human tide of 2015, the center-left government is deploying extraordinary new border controls and slashing benefits in an unmistakable signal to refugees contemplating the long trek to Sweden in the new year: Stay out.
When the people you invite into your homeland turn you into the rape capital of the world and threaten you with suicide bombers, it’s time to pull up the welcome mat and bar the door.

An American Thinker piece from late December said this:

Despite their embrace of political correctness, the Swedes are at heart very decent, humane people, their main faults being a desire to please others in their community (which leads to silencing dissent and conformity) and self-righteous hypocrisy.  But these are minor blemishes considering the personal decency most people center their lives on.
Taking advantage of Sweden’s generosity, Muslim immigrants have been arriving in large numbers and, in recent months, catastrophically overwhelming the country’s budget and facilities to house and feed them.
That piece recommends watching this Pat Condell video from 2010 called “Goodbye Sweden,” showing the problem isn’t new; it’s just lately intensifying.

When I watched that video, YouTube next recommended a Pat Condell video from 2014, adding more evidence that the country is dying a sort of suicide by political correctness, called “Sweden Goes Insane.”

We should have seen this coming.

I’ve quoted British psychological researcher Daniel J. Unwin before. In the 1920s he did an exhaustive study of every civilization around the world through world history for which he could gather data. His purpose going in was to prove that marriage didn’t matter; that was his personal belief. But that was not his conclusion:

The evidence was such as to demand a complete revision of my personal philosophy; for the relationship between the factors seemed to be so close, that, if we know what sexual regulations a society has adopted, we can prophesy accurately the pattern of its cultural behavior….
Now it is an extraordinary fact that in the past sexual opportunity has only been reduced to a minimum by the fortuitous adoption of an institution I call absolute monogamy. This type of marriage has been adopted by different societies, in different places, and at different times. Thousands of years and thousands of miles separate the events; and there is no apparent connection between them. In human records, there is no case of an absolutely monogamous society failing to display great [cultural] energy. I do not know of a case on which great energy has been displayed by a society that has not been absolutely monogamous….
If, during or just after a period of [cultural] expansion, a society modifies its sexual regulations, and a new generation is born into a less rigorous [less monogamous] tradition, its energy decreases…. If it comes into contact with a more vigorous society, it is deprived of its sovereignty, and possibly conquered in its turn.
It seems to follow that we can make a society behave in any manner we like if we are permitted to give it such sexual regulations as will produce the behavior we desire. The results should begin to emerge in the third generation.[i]
It has been a decade since investigative journalist Stanley Kurtz wrote about “The End of Marriage in Scandinavia.” He referred to British demographer Kathleen Kiernan, who places Sweden in phase 4 of a 4-phase movement away from marriage, from which no culture has ever recovered.

There are some who would claim all of this concern is just homophobia, xenophobia, and/or Islamophobia. They shut down the discussion by saying so, and that is harming Sweden and its dying culture. It would be like shutting down discussion of cancer by calling a cancer patient cancerphobic.

A better solution would be to identify the problem with exact truth, and then do everything necessary to get rid of the problem(s) and recover. A dying patient who fears public opinion might call them “not nice” (as though that could ever stick with the people of the traditional Swedish culture) is not going to survive.

It’s likely that the language and culture of France will be gone within another generation as well. And quite likely the same is true of Germany.

But my main concern is my home—the United States. Just in the past decade we’ve been pushed from phase 2 toward phase 3 on Kiernan’s loss of marriage scale. I don’t know exactly how to fit Unwin’s prediction with Kiernan’s. I would guess that the US started to lose family strength with the implementation of no-fault divorce, court-legalized abortion, and the normalization of sex outside of marriage by media—at least by 1970. That puts us possibly 45 years into a 75-100-year death.

If there is a chance of recovery, we must take the healing actions right away. These are the simple, but not easy, principles that lead to civilization.

[i] Joseph Daniel Unwin, Ph.D., “Sexual Regulations and Cultural Behavior,” address given to the Medical Section of the British Psychological Society. (Library of Congress No., HQ12.U52)
Posted by Spherical Model at 4:32 PM