Voice of the People 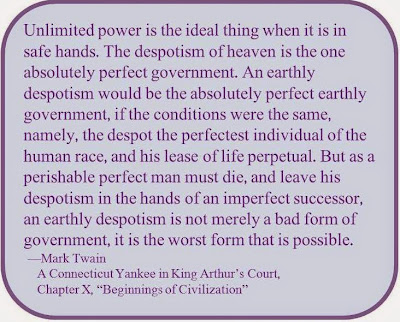 Long ago, in a faraway kingdom, there lived a good and wise king[i], who loved his people. He led them in righteousness, and served them well, as his father had before him.


Often during his reign there was peace. But as the kingdom grew, a new generation arose that did not believe the long-held social practices, and disregarded the righteous laws to give themselves pleasure. Among the young rebels were the sons of the king himself, four of them. And their best friend, the son of the high priest of the church. The parents were heartbroken.
But a miracle happened, and the sons saw the error of their ways, and sought to repair the damage they had done within the kingdom. And many regarded their sorrow and repented with them.
The sons of the king asked if they could go on a quest, to the north, to teach the ideas of love and peace that they had discovered unto the barbaric people who had waged war on them from time to time through the centuries. If they could bring them the peace within, they could bring peace between the nations.
The king was anxious about his beloved sons going so far, among such a bloodthirsty people. But the word of God came to him, and assured him good would come of the quest, and the sons’ lives would be kept safe. So they parted.
The king waxed old. He would need to pass the crown to a successor. He and trusted advisors searched the kingdom for a suitable successor, but the king was agitated. Whoever they chose, he feared contentions would arise, leading to anger, separations, even war. It could destroy the souls of many of his beloved people. 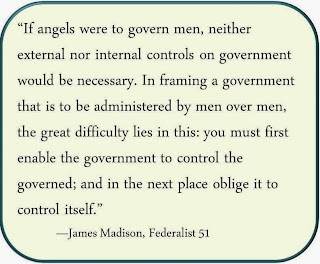 He brought his concerns before the people. He said, “Now it is better that a man should be judged of God than of man, for the judgments of God are always just, but the judgments of man are not always just.” He said, “If it were possible that you could have just men to be your kings, who would establish the laws of God, and judge this people according to his commandments—even as my father did for this people—then it would be expedient that you should always have kings to rule over you.” He reminded them that he, himself, as king, had labored to serve them, had judged them according to the laws of God—that there should be no stealing, plundering, murdering, nor any manner of iniquity, or else they would be punished according to their crimes.
But a wicked king, he warned them, can cause great iniquity to be committed among his people, to their destruction. Such people fall into bondage. “And ye cannot dethrone an iniquitous king save it be through much contention, and the shedding of much blood. For he has his friends in iniquity, and keeps his guards about him. And he tears up the laws of those who have reigned in righteousness before him. And he enacts laws according to his own wickedness, and he destroys anyone who disobeys his laws. He will send his armies against any rebels, to destroy them.”  Such a king destroys civilization among his people.
So he proposed a brand new way. He said, “Therefore, choose you by the voice of this people, judges, that ye may be judged according to the laws which have been given you by our fathers, which are correct, and which were given them from God.”
And he gave them his reasoning. “Now it is not common that the majority voice of the people desires anything contrary to what is right; but it is common for the lesser part of the people to desire what is not right. Therefore, this shall be your law—to be governed by the voice of the people.”
Their thriving would depend on the righteousness of the people, instead of the righteousness of their king. He warned them, “If the time comes that the voice of the people choose iniquity, then the judgments of God will come upon you with destruction, as has happened with other ancient peoples in this land.”
He set up a system for the judges: “Now if you have judges that do not judge you according to the law, you can cause those judges to be judged of a higher judge.  And if your higher judges do not judge righteously, you shall cause a small number of your lower judges to gather together, to judge your higher judges.”
He declared, “I desire that this land be a land of liberty, and every man may enjoy his rights and privileges alike, so long as the Lord sees fit that we may live and inherit the land, yea, even as long as any of our posterity remains upon the face of the land.”
His declarations went out to the people, and they gave up their desire for a king to rule over them. They assembled themselves together in bodies through the land, to cast in their voices concerning who should be their judges, to judge them according to the law. And they rejoiced because of the liberty which had been granted unto them.
The people lived in peace for some time. But not as long as hoped.
It happened that corruption came within not many years. Lawyers found that they could make more money if they stirred people up to go against one another before the law[ii]. And some of the judges could be bought to rule against the rightness of the law.
Always there continued to be strife between the righteous church members and the nonbelievers. The corruption was mainly among the nonbelievers. Laws needed to be declared to protect the believers from persecution for their beliefs. That helped for a time. But pride and corruption spread even among the churchgoers, which was a stumblingblock for sincere seekers of truth and goodness[iii].
The system of government by the voice of the people—democracy, in the form of elected judges and written law—lasted for about a century, which is the common length of time for self-government experiments to last.

About a quarter century into the reign of the judges, a group arose to alter the law. They didn’t want to change just a few tiny points in the law; they wanted to throw out the government by judges, ignore the voice of the people, and reinstate a king[iv]. It was those of “high birth” who wanted a monarchy, so they could institute privileges for themselves, and power and authority over the people. They didn’t like equality before the law.
For a time the voice of the people settled the matter, because the people voted to maintain their liberty. But war from outside came to the land, and the dissenters, the kingmen, refused to fight. They were put in prison to be dealt with according to the law. The swiftness of the justice did away with the kingmen faction entirely.
But the war continued for many years. The military leader was a strong and righteous man. He put up a flag to remind them of what they fought for: “In memory of our God, our religion, and freedom, and our peace, our wives, and our children.”[v]
The good and righteous people succeeded in fighting off the invaders. But there was corruption within the land, secret societies that conspired together in secret theft and murder, for the purpose of gaining wealth and power. The spread of this plague of corruption led to the eventual end of the reign of the judges[vi]. The people separated into tribes, each according to their family relations. Some tribes worked among themselves in righteousness, but many more did not, and they fought one with another, vying for power over one another. And there was war and chaos throughout the land, which only a return to righteousness could resolve.
What do we learn from this kingdom’s story?
·         It is better to be ruled by the voice of the people than by a monarch.
·         Liberty is the blessing of a righteous people who self-rule according to longstanding laws of righteousness.
·         Corruption from within is a greater danger than invaders from without
·         Judges and government leaders ignoring the written law cannot be tolerated, if liberty is to be maintained.
·         Most of the time, the majority will choose right, but a minority will be choosing wrong.
·         When the majority chooses unrighteousness, destruction follows.
This story of the voice of the people is different from our nation. But it could be a cautionary tale for us, or for any people who love liberty. I think the principles apply:
·         It is better to have self-rule, rather than monarchy or other forms of tyranny.
·         Usually the majority chooses right, especially when written long-standing laws are in place to protect our liberties.
·         It could happen that leaders go astray, and that judges go wrong, but those can be corrected—if the people are diligent in holding them accountable. But if corruption is allowed to spread, eventually a majority chooses to disregard the law and make new laws that support tyranny and savagery.
·         If the corruption isn’t rooted out—if a majority of the people are not righteous, if they do not insist on maintaining their freedom to live in righteous liberty—then the government of the people will decay into chaos and tyranny, which is the common lot of mankind.
We have had too much of the decay. It’s time to reject the pressure of the libertine and return to the laws of liberty.

[i] This is my retelling of a story from The Book of Mormon. The kingdom is called Zarahemla, and the king is Mosiah, son of King Benjamin. The story of beginning the reign of the judges is found in Mosiah 29, which is estimated to have taken place about 92 BC. The location is unknown, but somewhere in the Americas, probably within Central America. Some quotes in the story are paraphrased; see the scriptures for actual quotes.
[ii] Alma 11:20
[iii] Alma 4:10
[iv] Alma 51
[v] Alma 46:12
[vi] 3 Nephi 7:2, around AD 30.
Posted by Spherical Model at 12:45 PM