How Much Is 18 Trillion?

We have a picture book in our home library that gives perspective to large numbers. It’s called How Much Is a Million? After dealing with the concept of a million, it goes on to a billion, and then a trillion.


This past week the national debt passed the $18 Trillion mark. I thought this would be a good time to get some perspective. I’ll start with the book.
If you stood children on one another’s shoulders, a trillion of them would reach to Saturn’s rings during the closer parts of its orbit. The book calculates the average elementary schooler as 4’ 8”, with shoulders approximately at 4’. The column of a trillion would be 758 million miles. 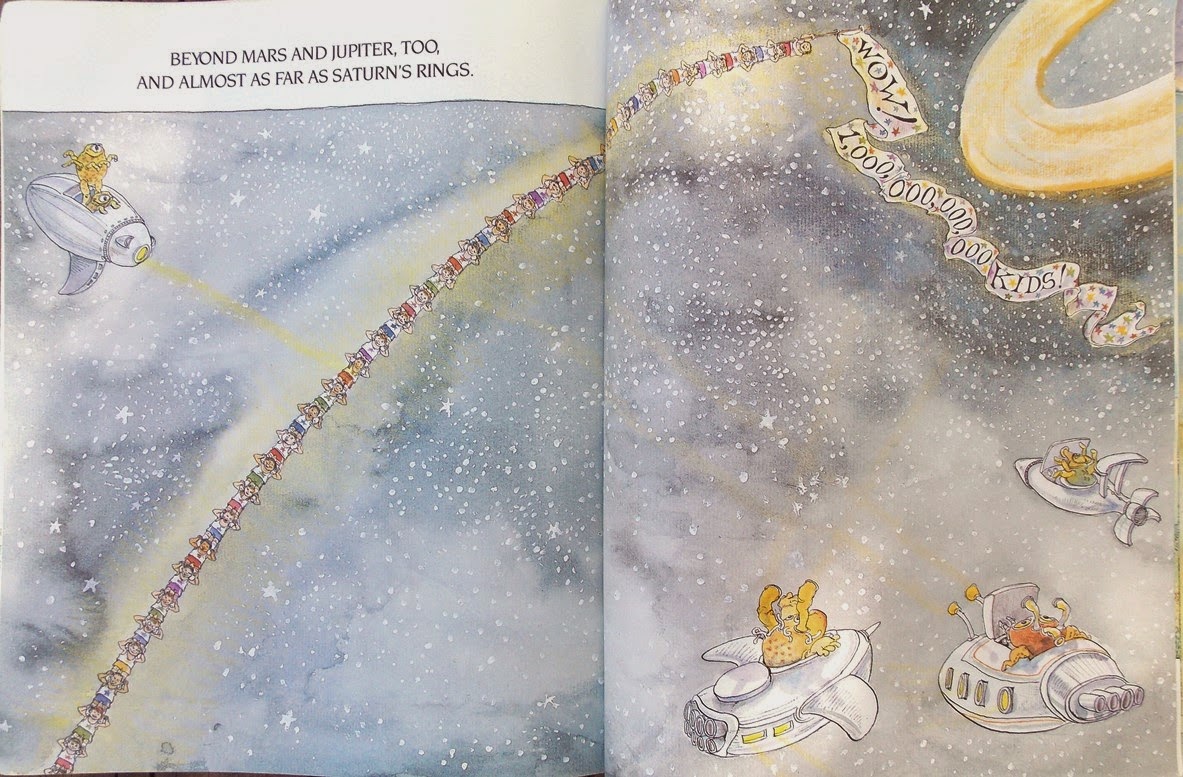 Multiply that by 18, and it’s 13,644,000,000 miles (13.6 Billion). A light year is approximately 5.8 Trillion miles, so we’re looking at a column of kids 3 light years long to represent our national debt.
If you take on the task of counting to a trillion (taking 6 seconds per number, because, after a while the numbers get long and hard to say quickly), it would take you 200,000 years. It’s not humanly doable. 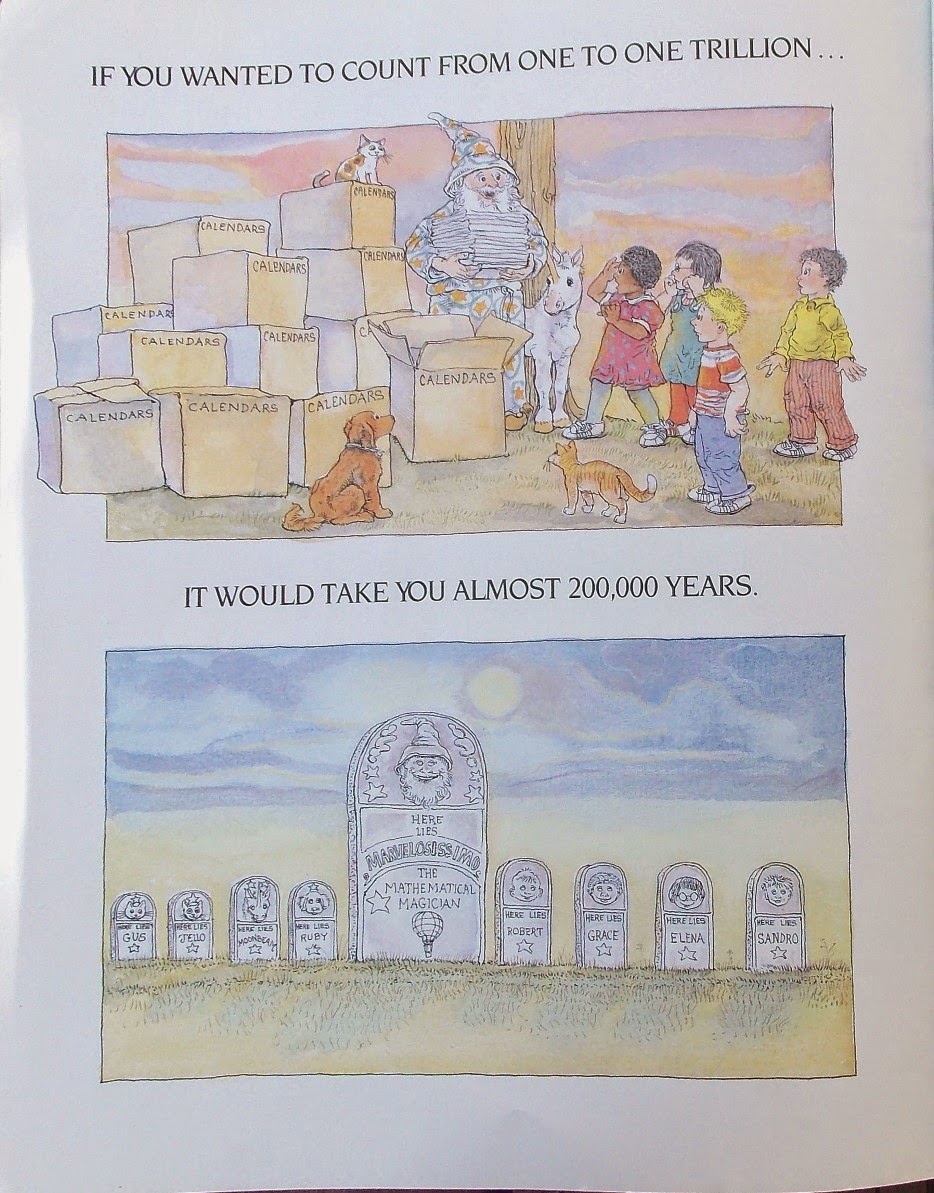 Multiply by 18, and that’s 3.6 Million years. Our country is only 238 years old. So we’d have used 1.5 Million persons continuously counting each of those 238 years to reach that number.
Except that this isn’t how it went. We didn’t build up the debt evenly each year. At the time the National Debt Clock (a billboard that measures the debt in real time) was built, in1989, the national debt was just under $3T. For a couple of years, 2000-2002, the debt was decreasing. Then, in the follow-up to 9/11, including wars, it began rising again. In 2008 it passed $10T for the first time. It stood at $10.6T when Obama took office. Since 2012, the debt has been increasing on average $2.41B a day (229 years of counting every day, if you want a comparison). The graph below shows we're approaching the asymptote--the sort of damage that happens if you do dangerous things like dividing by zero.

About 70% of it has accrued during the current administration—up $7.45T so far, with two years to go. It took only 407 days to go from $17T to $18T, almost 200,000 times faster to accrue that debt than to count it. At this rate (rather than faster), it will grow to $20.8T by the time the president leaves office. He will approach doubling the national debt during his administration. He took all the accumulated debt of 232 years, and he made a bet of double or nothing (with no possibility for nothing) while in office.
More perspective. If there are 317 million US citizens, the cost per citizen of the current debt (not including interest payments) is $57,800 per person. So, for a household of four, that’s $231,200. If the debt increases another $2.4T in the next two years, that’s an additional $7,571 per person, or $30,284 per family of four—totalling $261,484. You could buy a very nice home in the Houston area for that amount. But you won’t, because it’s already spent.
This is the cost to you over and above any current costs to you, such as taxes, fees, regulations, higher health care costs…. This president will have overspent at least $65,371 for every US citizen.
You may point out that spending comes from Congress. Right. Except that, since 2006 when Pelosi and Reid took over as majority leaders, there hasn’t been a budget. Congress started putting out budgets again after the 2010 win, but the Senate has not voted on a budget. They have failed to do that basic job, and have used, as preferred practice, the stop-gap measure of a continuing resolution, which keeps the current spending levels in place plus adjustment for inflation. In other words, at a time when we are spiraling into debt, they have made certain that there can be no spending cuts.
The people have spoken, loudly, this November election. So starting next year we will get a budget through both the House and the Senate. But in the meantime, there is another continuing resolution that will last possibly through September. Then we can get a real budget, which will go into effect essentially in 2016. It will be at least a year or two beyond that before we see whether there’s even evidence of putting the brakes on the rising debt.
I‘ve written about the mounting national debt before. “Global Money Supply and Debt” shows the National Debt as a quarter of all the money currently in the world—back when it was a quaintly small (by comparison) $14.7T. “$20 ought to Do” is about the cost of essential government, which is different from national debt, but spending beyond essential (beyond budget) is what leads to the national debt. It seemed bad then; now it’s worse and worsening.

When numbers get this big, they seem unreal. That’s why the attempt to give perspective. I hope it helps.
Posted by Spherical Model at 8:38 PM

Email ThisBlogThis!Share to TwitterShare to FacebookShare to Pinterest
Labels: 18 Trillion national debt, How Much Is a Million book, national debt, National Debt Clock