We interrupt our three-part Texas Talk post for this Sunday extra, because it’s Father’s Day. It will be short, with links, things I came across this week, which I might have noticed even if I hadn’t been thinking about Father’s Day.


Last week I was driving home from the GOP Convention in Fort Worth, which took even longer than it should have, because 40 miles out of town, I realized my camera wasn’t with me. Failing all other options, I drove the 40 miles back, was lucky enough to find a door open at the convention center, and I walked past workers to me seat and found my camera (yay!). So it was an extra-long drive. And the read-aloud feature on my Kindle crashed, so I couldn’t get through the book I’d been in the middle of. Fortunately, I was in the good car with satellite radio, and I tuned in to BYU Radio. The Matt Townsend Show was on "Fathers and Daughters." The discussion included an interview with Dr. Meg Meeker, who wrote (among many books) Strong Fathers, Strong Daughters: 10 Secrets Every Father Should Know. I couldn’t take notes, and I’m not sure I heard a list, but one customer says it’s better than expected. Instead of a prescription of what a father needs to do specifically, it’s ten specific developmental needs a girl has that are best met by a healthy relationship with a loving, involved father in her life. In other words, it’s the evidence that what a father is doing is every bit as important, long-term, as it feels when he holds in his arms for the first time.
In case that wasn’t convincing of the worth of fathering, a recent study from social scientist Brad Wilcox on the physiological transformations fathers go through by parenting, called “Mother Bodies, Father Bodies.” Female physiological changes from becoming a mother are somewhat more obvious. But it turns out that some things happen to dads as well, and for the most part they point men toward greater civilization.  Men become better human beings when the engage in good parenting.
In an interview about the study at National Review Online, Dr. Wilcox said,
After kids come along, men are more likely to be engaged civically in their communities in activities ranging from youth soccer to church. Furthermore, they typically work harder and earn more money after they become dads, provided that they live with the mother of their children. One study found that “married, residential, biological fatherhood is associated with wage gains of about 4 percent, but unmarried residential fathers, nonresidential fathers, and stepfathers do not receive a fatherhood premium.” So, men become more engaged at work and in civil society in the wake of assuming the role of fatherhood.
Many of the outcomes of good fathering reinforce what sociological studies have been showing for some time. Additionally, though, Dr. Wilcox says having an involved father in the home actually leads to better mothering from mothers—assuming the father is doing his job well. To reap that benefit, he said, “It’s crucial for married fathers to do their best to be attentive, affectionate, engaged in the practical work of the home, and thankful towards their wives.”
He ended the interview, with this Father’s Day wish:
A simple and sincere “thank you” from his family is all that many dads want this Father’s Day, I would say. It matters a lot for dads, especially in a society where fathers are often belittled or minimized in the popular culture, to have their sacrifices and love recognized and appreciated. 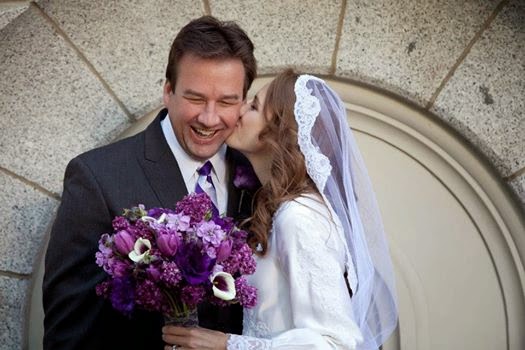 So, earlier in the day, our daughter, Social Sphere, posted this daddy-daughter photo from her wedding day. There are plenty of stories to tell, but in that photo is the evidence that Mr. Spherical Model has done the daddy job pretty well.
Posted by Spherical Model at 5:37 PM