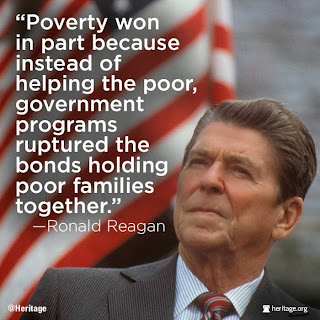 We know that strong families contribute significantly to economic success. Alongside the War on Poverty, we have had a growing decay of family. We don’t have a growth in married two-parent families in poverty and staying there; we do have a tremendous increase in single-parent families, which are more likely to be in poverty and stay there. LBJ started with an out-of-wedlock birthrate of 8%, and 25% among blacks. A half century later, those rates are 40% overall, and 73% for blacks. If we knew no other statistic, we would know that this meant a failure to win the War on Poverty. Even if current outcomes looked good, poverty-tending families in astoundingly increased numbers would guarantee poverty for generations.
There needs to be a War on Family Decay. But, since we can’t afford failure in a war with so much at stake, let’s keep government out of it.
Posted by Spherical Model at 1:42 PM