It is a second Tuesday, which means I’ve just finished reading and discussing a book with my local book club. This month it was Gulliver’s Travels. I hadn’t read it since college, and this time I was more attuned to politics than I was then. So I marked a few passages that give us Jonathan Swift’s English perspective from half a century before our Declaration of Independence. Some things are still true. 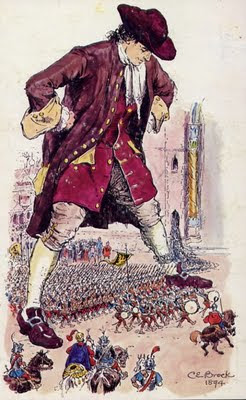