I’m having trouble settling on a single fully thought through topic for the day, so I’ll do a few random thoughts.

More Fires
The fires around us are still taking up much of our attention. So far I don’t personally know any evacuees, but I have friends who know evacuees, including some who have lost homes. My daughter Social Sphere called from far away at college, with some concern that her house might not still be here when she gets back. I could be pretty reassuring about that, but she did make certain we knew what to grab if we had to evacuate. She visited with a friend from who had to evacuate a few days ago, driving out of the neighborhood with flames on either side. But their house survived.
The odd thing is how little Social Sphere can find in the media about the fires. It made her angry and suspicious that they are trying to cover up what’s happening. Local/state media are of course covering it. We can all see and smell smoke everywhere around us, so we need answers. The devastation is significant enough, though, that we'd expect national coverage. 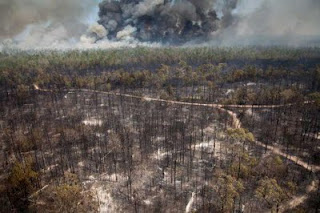